Do you have interest in/like ANY nintendo game?

Forums - Gaming Discussion - Do you have interest in/like ANY nintendo game?

Never once have you mentioned anything outside of graphics. Your communication skills are dreadful. I'm fine if you have your own tastes, but quit telling me PS4 is better than Wii U, because of it's graphics. At least Wii U can do 60 fps. "These games alone make Wii U a must have."

Clearly they don't. Unless you are into a specific genre, you won't enjoy the game. The majority of gamers are teenage, white western males. Getting them to play cheesy games involving a fat bouncing italian plumber just isn't going to happen regardless of the quality. Look at Apple. Yesterdays tech, tomorrows prices, sell at the speed of light because they are aimed at the right market. Gamers have changed and Nintendo has failed to grasp this fact. 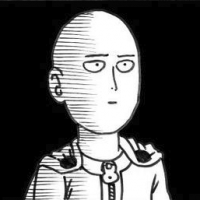 At this point, probably just Super Mario series for me; mainly due to lack of good platformers on other platforms. Nothing else really interests me tbh.. more of the same old stuff, gen after gen.

I'm talking about an issue Wii U games have. If you walk into a lecture on quantum physics, do you think that prof only cares about quantum physics and has no other interests at all? Are you 12 or something?

All I've said is that the games on the Wii U are massively hampered by it's lack of power, and when it comes to marketing, they get hammered on the graphical mark. Deal with it.

Any console can do 1,000,000 fps, just depends on the game....I really now do think you are probably what, 14, and arguing about something you have no understanding of?

Edit: Lol just checked. 15. Not far off the mark. Here's a tip. Stop, breath and discuss this maturely. I'm not criticising you, but stating a problem the Wii U faces. Okay?

Lol. Whatever man, if you don't like Nintendo's games that's your preference. Obviously if you for whatever reason hate every single Nintendo game (not just Mario) ever made, the answer to the thread is no.

I know it has problems, but you said earlier on that you didn't care about the graphics, my bad, you said you didn't think games were better because of their graphics.

I never said that the Wii U's graphics were perfect or even the quality of ps4's graphics.

I have no understanding of this, i really doubt you even understand all that I understand on the subject. The Playstation4 has trouble hitting 60 fps and that's a fact. It is extremely ignorant to say that any can do however many fps it wants to, it is a lie.

Edit- earlier when I said not to tell me ps4 is better than wii u because of graphics, I meant that that wasn't a viable reason. I know the PS4 has better graphics.I wasn't kidding about the framerate though.

The same could be said about every game at this point. Lol. First of all, you sound like a total ass. You just said your not going to play a game regardless of quality. Those words were typed by you. Really think about how stupid that is for a while.

Wii U is a must have for a lot of gamers. Gaming isn't neccesarily about the nicest graphics exclusively. I myself love a pretty looking game, and I don't discredit that is an important part of the industry, but I play games to have a good time man. Nintendo makes a lot of really really fun games. Metroid, Zelda, FZero, Pikmin, Starfox, Kid Icarus, Smash Bros, etc. These games are consistently of the highest quality, and because I'm a gamer, I like to play them.

You are making some really big, and stupid generalizations. TONS of people love Nintendo. Have you ever looked at some of the really big gaming forums? As an example, Neogaf is constantly dominated by Nintendo talk. That is a pretty dedicated community of passionate gamers who really like Nintendo games. They make really good games bud. The gamecube shows that at least 20 million people are willing to buy a console JUST for the amazing exclusives provided only by Nintendo. So don't come in here like you've divined some great secret that no one likes Nintendo and no one is going to play Mario REGARDLESS OF QUALITY.(Seriously, that is about the stupidest thing I've heard all week. Really just shamefully idiotic.) Because, I hate to break it to you, but your completely wrong.

I gave him a chance, but I'm pretty sure he's just a troll. I do enjoy a Mario Kart once a while but that is where it ends. I played the heck out of Pokemon but once Black released I didn't found it appealing anymore. No real new major IP's from Nintendo is the problem I think.