Dr.Henry_Killinger on 06 August 2014
...........and Sony should be very sad with the work they have done so far.
I for one think Playstation Four would still have sold better with the always online, Game DRM, and Family sharing
features because they should've stuck to their strengths and copied another company, but thats a whole other topic, and I just wanted to say that. Now on to the topic at hand.
The PlayStation 4 is doing extremely poorly.
Despite launching at $400, the PlayStation 4 is tracking behind of the Wii which launced at $250. This shows that the PlayStation brand has lost momentum from the last generation.
The PS4 has arguably the most boring game in Knack for this generation so far. Proving that the PlayStation 4
is a very weak system vastly outstripped by PCs.
The PS4 didn't even get Titanfall, Sony can't even secure exclusives.
The launch line-up in my opinion was weak, as is most launch lineup's, but this holiday will be even worse.
This holiday season will be the right time to Jump ahead with games such as:
who cares, XB1 gets Halo,
plus all the multi-platform games like Call of Duty: Advance Warfare, Destiny, Assassins Creed: Unity, and more will be on XB1 anyway.
All Sony can update the system with is stability updates, so you know the experience will never get better.
The PS4 has had a good start, but it will drop like a rock eventually as Sony continue to ignore to the community in making choices for gamers.
This holiday is going to be terrible, and it will only get worse.

Im a hardcore Playstation 4 fan . And while I agree Playstation 4 is a poor console and has the bad games, this thread shouldn't have been made. You just opened the floodgates. not sure if serious or just trolling

Its an utter disaster, and sony needs to do something soon to save it. Maybe they can unbundle the share button 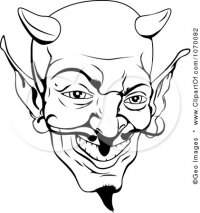 Your threads are infused with logic and I can't fight with that.

Yeah. Just gonna lock this before it gets out of hand.

I get why it's made, but that doesn't justify it.