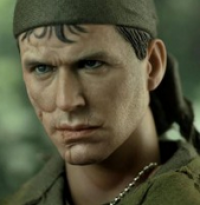 ^^ Great points all around FR.

The Giants have way more talent and ability than most think. I don't think Coughlin and the new OC are a good match though. And I feel like Eli still needs more time to learn the offense.

I totally agree. There last game showed there is some real talent on the team and the Giants have a legitimant offense. Some really unfortuante injurys like Odell missing the first 4 games, Cruz getting a season ending injury right when Odell gets back, Rashad Jennings getting injuried right before the Giants two important divisonal games and a ton of injuries on defense have destroyed the Giants season this year. It also doesn't help that like you said Eli has to adjust to a new offense with all these problems. Eli has actually had a pretty good year considering what he has to deal with.

I think what is really killing the giants is there defense. There has been a lotof  injuries on defense, but its ridicoulous how easy we make it for other teams to score. Letting teams have 9 seconds to throw the ball, and allowing 150+ rushing yards in some games is embarrasing. I think it's time to get a new defensive cordinator and focus on repairing the O-line (They give Eli NO time) and fix the rest of the defense in the off season. I think the OC and the rest of the offense will get back on track in the off season and be on point next year (Atleast I hope XD). The offense needs some time, the defense needs some adjustments and the Giants wont be a half bad team. Isn't it sad that i'm already looking foward to the next year XP.

Sorry for writing so much didn't realize until I was already done XP.

Pretty easy other than a handful.

Picking GB even though I think NE is the more complete team at the moment. The smart pick is the Patriots, but I just have a feeling about this one. 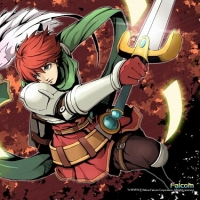 Recent Chiefs-Broncos games have been close. It usually comes down to Denver holding a small touchdown lead in a lot of the games. The Chiefs defense has been good against the Broncos. Thing is the Cheifs offense has been horrible lately. If the Broncos D shows up again the Chiefs might have it pretty bad. The Chiefs also looked horrible on offense against Buffalo before that Raider game. They only won because of late turnovers by the Bills and because Jamal Lewis had one really great and long touchdown run. Basically the Bills chocked and the Chiefs got a really lucky win.

Welp now we need a real number 1 CB in Dallas, Odell Beckham is a great WR and Brandon Carr is a borderline 2 CB who's being paid a number 1's money. Of course CB isn't Dallas's biggest worry on Defense, they could use upgrades at pretty much every spot on the defense, D-Line, Linebackers, CB, and Safeties. I'm getting ahead of myself though, the draft is still several months away

I flirted with the idea of picking the Chiefs, but decided against it.