Sony’s fall could be great news for Abenomics

Once the pride of Japan, Sony is now a cautionary case study in complacency and mismanagement. But its latest stumble could turn out to be great news for the world’s No. 3 economy.

The former tech icon is about to get dropped from a stock index created in January to showcase Japan’s best and brightest, Bloomberg News reports. Brought to us by planners in Prime Minister Shinzo Abe’s orbit, the JPX-Nikkei Index 400 offers investors access to companies that boast high operating income, returns on equity and market value. By offering easy access to Japan Inc.’s sexiest parts, the bourse aims also to shame executives into revamping failing business strategies and increasing wealth in Japan.

In this case, bad news for Sony CEO Kazuo Hirai could be a plus for “Abenomics” in three ways. One, it would show there really are no sacred cows in Tokyo — signaling that clubby Japan Inc. may finally be ready to experiment with the meritocratic ways of the West. Two, it shines a spotlight on the need to improve corporate governance — something Abe talks about, but hasn’t yet tackled with sufficient urgency. Third, Sony’s fall from grace is the public smack Japan’s flagging exporters desperately need.

The JPX-Nikkei Index 400 is clearly a work in progress. CLSA strategist Nicholas Smith, for example, says it “doesn’t pass the laugh test.” Data from 2006 show that its members “substantially underperformed the old Nikkei,” he says,and it’s populated by all too many return-on-investment “dwarves.” Down-and-out Sony never should have been included on the list to begin with.

Still, the launch of the index bolsters Abe’s pledge to make Japan more international and responsive to shareholders. Making Japan, in Abe’s words, the “world’s easiest country” for doing business won’t be easy. Foreign business people like what they’re hearing so far, though. Nicholas Benes, chair of the American Chamber of Commerce Japan’s growth strategy task force, can’t help but wonder if the nation is at a turning point — ready to tighten governance, add independent directors, stop scheduling all shareholder meetings on the same day and become less opaque. Benes is “pleased to find” that “many of the ACCJ’s core strategy themes and recommendations are now in the strategy.”

The question is implementation. Here’s where excitement over Abenomics meets the stark reality of Tokyo’s change-resistant ways. The first two shots of Abe’s three-arrow revival plan — monetary and fiscal expansion — are economic Band Aids. The third arrow — deregulation — is the most vital and remains in the quiver 19 months into Abe’s premiership. Meanwhile the prime minister has been distracted by geopolitical disputes and falling approval ratings.

That’s why the dismissal of fabled Sony from a government-backed stock index is such powerful stuff. It belies Hirai’s claims, two-plus years into the job, that he’ll do what Howard Stringer, Nobuyuki Idei and Kunitake Ando couldn’t: return Sony to the land of the nimble and the innovative. Sony should stop blaming Apple and Samsung for its irrelevance in the age of smartphones, game-changing apps and unbridled risk taking. Sony has lost its focus and imagination, period. Like all too many Japanese exporters, Sony lobbies Tokyo to weaken the yen in order to avoid the need for restructuring.

Tackling sacred cows holds an important place in Liberal Democratic Party folklore. The last leader from Abe’s party who planned epochal change was mentor Junichiro Koizumi. When he became prime minister in April 2001, Koizumi promised “reform without sacred cows” and proved it by privatizing the vast postal system, which ran the world’s largest savings bank. Sony being shunted aside makes me wonder if the LDP is picking up this theme anew.

Risks abound, of course. One of Abe’s big initiatives is nudging the $1.2 trillion Government Pension Investment Fund to buy more stocks, including those in JPX-Nikkei 400. This massive LDP-sponsored stock rally puts public money at risk and supports companies for the wrong reasons. But the mere fact that Tokyo is willing to march on without fabled icons like Sony, Panasonic and Olympus in the mix (or its new index) is a sign of that rarest of things in Japan: true change.

(Reuters) - Japan's Sony Corp said operating profit doubled in the April-June quarter, helped by a strong performance in its games and networks division, even as the firm cut smartphone and TV sales forecasts that analysts had said were too ambitious.

Citing weaker market demand than previously expected, the company lowered its full-year sales forecasts for smartphones to 43 million handsets from previous guidance of 50 million, and its TV sales target to 15.5 million from 16 million. Sony warned it now only expects to break even on smartphones having previously forecast a 26 billion yen operating profit for the business. 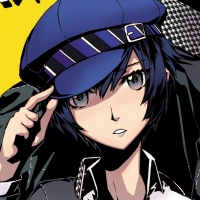 Tagging this, looking forward to awful vita sales n some grandiose ps4's.
Isn't this gonna be the first time Sony won't hide behind their Handheld (Vita+PSP) since PSP is discontinued ? This thread has reached it's high point :P

But really, Sony tv's are great, the only thing that isn't great about them (usually) is the price, since the competition make theirs elsewhere and can undercut them massively.

i think they stopped shipping in june, which means this quarter will also have some shipments for PSP

They finally had a decent tv at a decent price.  kdl 55w829.  Got one for the family room.

When I come to get a 4k later this year for my gaming room... I doubt it will be a sony. I think they only discontinued PSP in Japan and USA still shipments for EU this year and South America and other Asian markets.

Well I bought 2 Sony Androids this quarter, using the insurance money I got for a busted brand new HTC One. So I did my bit. Though I would have preferred it if my HTC One didn't break.