Oh, sure. So i can either buy PC version in November or wait till god knows when for the Wii U (which I was really looking forward to), while the PC one will be like £10 on Steam. So unless we get some extra, worthy content it's a (yet another) pass to me.

This is not about development time or any other reason/excuse. It's about treating Nintendo customers like idiots. And guess what's gonna happen? It's not gonna sell that well! I mean ... REALLY?! Wow, I would never see THAT coming.

It should be worth it when people have paid for it to come to the WiiU. You can defend this kind of behaviour all you want, but dont come complaining when developers and publishers do something you think is unfair... well that depends if they would rather NOT WAIT and but it for thier other consoles/pc instead... Umm... I'm a different guy =p. What I am saying is that the existence of better versions doesn't necessitate that those will completely dominate the market share. People will be back and forth on the Internet debating both large and small graphical differences, but the reality is that some people don't care as much about that when considering which version to purchase. A lot can still come down to people's personal preference on games and consoles. More graphically-intensive versions are no longer the de facto "versions to get" due to graphical difference (yes, between the Wii U and the PS4) not being jarring anymore. What Clyde was saying was that for core gamers, which are especially important for hardcore titles like this, a product that ships very late and does not meet system standards (i.e is well-optimized, regardless of the platform) can be a dealbreaker.

If the audience plays a part, I think it's safer to say there is more of an audience on PS/ xbox platforms especially when you consider the fact that GT has typically the best selling PS exclusive title in the past and forza is a multimillion seller as well. I also think it's safe to say that Just dance sold to a completely different audience that we're talking about here using your audience argument. I'm not even sure it will sell on Wii U now since said audience is mostly gone. COD blew up on consoles  and I'm not exactly sure how it adds to your argument. Are you saying that the Just dance audience is the same as CODs?

I'm not personally intersted in this game (and racing sims in general), but the level of interest that the Nintendo fanbase has shown for this game seems to be substantially above average for this genre. I don't think the PS4 and Xbox One versions will sell far better than a Wii U version that releases on time, as it's a new IP, got limited attention from Microsoft/Sony fans, and is going up against the much more hyped Driveclub and Forza Horizon 2. With CoD, I was just saying that the PS3/360 created an audience and software focus for that franchise to succeed on those platforms, and it wasn't just beacuse the Wii versions were ugly.

Except that XB1 isn't as much worse as people make it out to be or at least it hasn't shown in any game to date. People do care about these things. It was more apparent at the start of the PS3's lifecycle when it's multiplat versions always did much worse. In the case of the Wii U, it's far worse than it's competition.

The Xbox One's disadvantage in power is far overblown, but my point was that if that many people really cared about the graphics wars, then the Xbox One would be flagging further behind the PS4 than it is. It didn't stop the Xbox One from having a great launch and multiplats doing well on the console. Titanfall still sold ~2M copies and many enjoyed it. The PS3's games performed poorly (they didn't just have "less pretty" visuals). Besides, the reputation of the PS3 was such a mess at that point that the larger problems surrounding the console (high price point, poor multimedia features, highly custom architecture, communicated through what was a staggering amount of bad press) that people were just losing interest, especially coming after the astronomically successful PS2 era.

In any case, audience can override graphics advantages as there are many games that were better on the 360 yet did far better on the PS3.

Ultimately this argument is pointless because anyone who looks deeply into why the devs chose the platforms they did could see that the PC is the lead platform. When you make a big PC game, it makes sense to port to X1/PS4 because it takes no additional expertise besides maybe control tweaking? Said consoles are PCs themselves. Wii U is a whole different beast. Notice how the PS360 versions were cancelled?

what you're not noting here was that the game was originally PC/Wii U/PS3/X360 and was funded as such by the money of core gamers. They hyped the Wii U version having already committed to it despite the console's unique architecture. When they cancelled the PS3/X360 version in favor of moving it to PS4/XOne, Wii U and PC people of course didn't care. PS3/X360 owners weren't too peeved because they, having had the interest to fund the game in the first place are probably much more likely to own a either new system or be spurred to buy one because of this game (and the end product will be much better on the new systems anyway). But when they delay the Wii U version, which started development considerably before the PS4 and Xbox One versions, and they hyped it up saying it would be very good, it's enirely understandable that people are angry. NIntendo fans can understand when developers bail on the system when there's little money to be made as that's just common sense. However, when developers come out in full support of the system and then backpedal and cancel/delay projects far into development, they feel betrayed. Snarky comments certainly don't help. 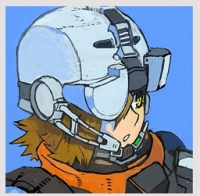 Well, the studio was called "Slightlymad Studios" for a reason. Honestly, there were better ways to calm nintendo fans down other than this statement they used. Unfortunately nintendo doesnt have a racing sim so they pretty much have to wait for it if they are interested in it

Yeah, if devs screw me over, then I return the favor. Pass.

They sound pre-emptively bitter about their game selling poorly on Wii U. Mocking the very audience they're trying to sell their game to by suggesting Wii U owners would rather play Mario Kart. Time will tell, but I don't think this sounds like a very effective marketing strategy.

Such a terrible way to try to excuse the delay. Someone will have a terible Monday at work.

Unfortunately for Slightly Mad Studios, this will have a deeper impact on the sales of the game that the delay. I was still thinking about to buy the game next year. But with a studio saying: "I don't care about you, if you want you will buy it. That's it. No excuse." Yep, now I don't want this game anymore. Just because a stupid statement... Thank you Slightly Mad Studios. Thank you for nothing.

Ah, I forgot there was a piratebay™ edition coming out in Nov, that's pretty awesome, can support this decision by getting it there.