Ok I'm gonna say this... Nintendo lost me during the N64 era... yes I bought a Gamecube but it was better at gathering dust than a vacuum cleaner. I was never really interested in Mario games except for Mario Kart but hey, one game isn't enough. The Wii just sealed their fate in my opinion, I always respected their business and considered myself not the target demographic. No need to hate on them like some other people would prefer to do.

Now I'm older and I am way more picky than I was before. I just watched what Nintendo had in store for E3 this year and I was kind of surprised. I feel like they brought back something... something that got me into gaming when I was younger. Having fun that's all... after I saw Reggie and Iwata (was that him?) fight I thought "wow these guys are wayy too funny". I like that way more than the seriousness that both MS and Sony try hard to portray.

I like gritty games but before the grittiness I need to have fun. My favorite presentation from E3 was Sunset Overdrive because of the presentation and all. I also liked Ubisoft's conference because the girl seemed to have fun on stage (kinda like her)... even that Kinect fitness game seemed kinda fun.

But Nintendo games are fresh imo and it will be a welcome change in my library. I planed to buy a PS4 to complement my gaming needs this year, but I decided to change my mind and get a WiiU instead. I already have an Xbox One for the serious dude bro games so this winter I'll be playing Mario Kart and Bayonetta (both games hell yeah) alongside Sunset Overdrive, Halo and Forza Horizon 2. Later will get Sonic and maybe... maybe they'll convince me to give Zelda a go.

Just wanna say thanks to Nintendo

Who is this girl eveeyone is talking about? Glad you liked nintendo conference! you can wait for Smash bundle or buy a MK8 Bundle to get a free game. Also, welcome back

Woo nice!!! I loved this year's press conference, it was 100 times better than last years which was just meh in general... It has great announcements but it felt like a business video rather than anything else but this year, I was like wow... It was entertaining and like you said, it was fun! Anyway, add me if/once you get it!!

The MK8 bundle seems to be the shit for those who don't own WiiUs!

Speaking as one who hasnt been interested in nitendo since the gamecube i must admit im feeling a sudden urge to buy a wii u.. If they had shown a full 3d open world pokemon for it i would have locked it down. As of now i think ill wait for a pricedrop and then pick one up... My pc also needs an upgrade by now though so i guess that is the first order of business anyways 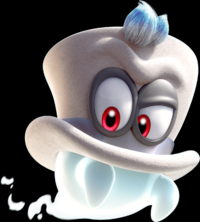 2015 is going to be a positively epic gaming year for all!

The neither of the two sonic games on WiiU is look too hot. There are several other platformers on WiiU that are far more worth your time.

Yes the Mario Kart bundle is very enticing. I was on the fence mainly because of the WiiU controller but I spent some time with it at a friend's place and it wasn't as bad as when I first tried it last year.

If you bought a ps4 or Xbox one, the best secondary console is Nintendo.

That's exactly how I feel towards the conferences now. Pure business, no fun. This war is so stupid and I think Nintendo has it right. I have no problem giving them my money.