Do the fortunate have a moral obligation to help the unfortunate?

Forums - General Discussion - Do the fortunate have a moral obligation to help the unfortunate?

We talked about Peter Singer and his opinions on charity in my class the other day, and I thought he made some pretty interesting comments regarding morality. I was wondering what the wise men of VGChartz thought about his position. A brief summary of his argument is as follows:

Suffering and death from lack of food, shelter, and medical care (i.e. poverty) are bad. If it is in our power to prevent something bad from happening, without thereby sacrificing anything of comparable moral importance, then we ought to do so. Essentially, resources that would be spent on extravagance should instead be spent to alleviate poverty. You can look him up more for a more detailed, and perhaps more accurate, depiction of his views, but I think you get the core of his argument. What do you think of it?

I think this argument is sound for anyone who believes (a) pleasure is inherently good (b) pain and suffering are inherently bad. Since most people hold these values, it would follow that people should spend their excess resources on eliminating extreme suffering. This would be quite troublesome for everyone on here who spends money on unnecessary gaming consoles, high-speed internet, etc. What do you think? Do we have this moral obligation? Or is the enjoyment from playing high-end videogames more important than an impovershed child's life?

To ask one final time for those who didn't read the thread:

"Is it wrong to spend resources on luxories instead of using that money to alleviate poverty ?"

I don't think less of anyone 'regular' who doesn't give to charity and doesn't apologise for it. There is no guarantee the money even gets to where it should and even when it does it doesn't seem to make enough of a difference. Some people in some countries are beyond help because their government is either incompetent or corrupt. The only people whose spending habits should be scrutinized and criticized are big companies and government.

There are plenty of reputable charities even in developed countries.

Enough of a difference to make the 'unfortunate' people self-sufficient.  When I hear about a load of hideously overpaid rich people spending a load of money on crap and government's wasting money left right and centre, I don't see why I or other's should have to give money to others.

Again, I'd say saving someone's life even for a temporary duration is "enough of a difference." I don't see how making a victim self-sufficient is the absolute standard that determines whether the charity was valuable.

As for rich people and the government acting a certain way, does that make it okay for you to act in the same way? You seem to imply that the rich and government are the sole deciders of morality; and that if they aren't meeting a standard, then no one should. If you have a moral obligation either way would not be determined based off whether other people fulfilled their obligations.

It's okay if you're careless/selfish and you still think it's moral, but I don't think your justifications are sound.

And really, it doesn't have to be money. It can be any resource (money, time, energy, etc.) used to alleviate poverty (I've changed the question in the thread to show this).

Fair enough, we're on different wavelengths.  I'm not saying charity isn't without it's merits, but obligation is too strong the trouble is most people are stupid thick c*nts so why should we all live at their moronic level,f*ck em,i'll look after my beautiful wife & 2 daughters all the way and buy them stuff they don't need 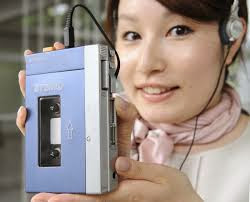 A happy medium would be nice. Wrong? Not really. You earned your money. Give some, but you deserve to lice a little.

Do you think this stupidity is caused by a lack of cognitive capacity or social & environmental effects?

we all got given brains & conciousness by whatever

some of the most powerful,rich & influential people pulled themselves out of the shit

the longer you live ,amount ever more debt & provide for your own family the less you give a shit about stupid f*cking morons,f*ck em i like my 65 inch 4k sony tv