Prediction: FFX haters will fall in love with it after HD remix is released

Forums - Sony Discussion - Prediction: FFX haters will fall in love with it after HD remix is released

I predict, with absolutely no ability to measure, that haters of the legendary Final Fantasy X will come to the realization of their error once the remaster is released, presuming they buy & play it.

It is my take that people misjudged the game when it was first released for X (get it), Y, Z reason, but that in light of the low-quality of games of late, with a much greater focus on visuals, people will actually FEEL the difference this time around between the games of today and the games of old.

I say this as I'm finally nearing the end of the game, after putting in a total of 90 hours.

Nostalgia babies are the shit. 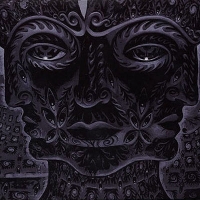 Why would FFX haters buy the game in the first place?

Why would someone who didn't like a game buy it again?

Think outside the box boys.

What I remember from my FFX experience.

1. Hating the main character Tidus with a passion
2. Finding the story a bit silly (oh well, use to it in JRPG land)
3. Thinking Auron was a bad ass
4. No traditional over world map (it was this one that started that trend, right?)
5. Leveling system was interesting
6. Rest of the cast was forgettable
7. Oh, I loathed Blitz ball, maybe the worst mini game in a FF
8. Basically killed all interest I had in Final Fantasy

So, no I won't be getting it as to me X was what so many people view XIII as apparently. If anything seeing X get re-released makes me want IX even more in that form. However, by all means enjoy it if you did in the past, I just see no reason how a remastered version will solve the deep issue had with the entry.

I love the game and am getting both the PS3 and PSV versions... Can't help myself lol (damn you SE!!!)

They just want all your money :P

Well with FF X HD remake and KH 2.5 HD they are doing a good job! Just need to get back on track with the mainline FF games, they should know to NEVER put a time limit on an RPG game... shame on them!!!

If this game wasn't release on the same month as Dark Souls 2 i'd get it day one, oh well later on.

Maybe it's just because I wasn't much for gaming forums at the time, but I've never gotten the sense that FFX is a particularly hated game.