According to some people over at CinemaBlend, the Wii U’s eDRAM should be capable of much more output than that of the Xbox 360. When taking into consideration the new information and the Wii U’s total bandwidth of gigabytes per second, the Wii U should clock in at around 563.2GB per second. For comparison, the Xbox One runs at about 170GB per second of bandwidth between DDR3 and eSRAM.

"This explanation could show why the Wii U is capable of hitting 1080/60fps on titles with developers who are comfortable working with the hardware, while others struggle and make excuses as to why 1080p gaming isn’t possible on Nintendo’s latest console. Of course, there’s plenty of speculation about specs and the semiconductor technology behind the Wii U, so check out the full piece to see the conclusion. The fact is, the Wii U isn’t nearly as much of a flop hardware-wise as certain third party developers are attempting to paint." 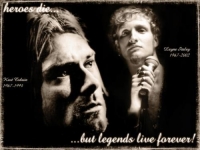 There are too many roumors on the Internet...
I've heard people say Wii U could be as capable as the PS4/Xbone. Other's say Wii U is not even stronger than PS360. I just want to have fun, DAMM IT!!

Yeah totally. Nintendo should do what MS have done with the SDK for ESRAM on The One. Build into it Tiling techniques. As not to bottleneck the memory usage that 1080p requires. It is a different way of programming than say PS4 memory, but with EDRAM and ESRAM the right SDK can take the pain of extra work and dev time and do it for them. Allowing them to not settle and say 720p will do.

so that bandwidth 560 is two-way at theoretical capability just like 204 for the one?

Is that the full article? http://www.cinemablend.com/games/Wii-U-Memory-Bandwidth-GPU-More-Powerful-Than-We-Thought-62437.html

I believe wii U can do a lot more that what see now.
Look at 2011 tech demos.
But it makes me wonder why is nintendo hiding the wii U real specs...???
So, i dont know what to think.
Ill just wait to see the games.

you might have a point there , those demos looked really good, and of course were just the tip of the iceberg

OMG, this is worse then I thought ... Both megafenix and eyeofcore actually became successful in spreading lies.

It's from none other than WIlliam Usher who has nothing but those nintendo goggles on.

We all know that was a lie seeing as how there was only one 1080p 60 fps game and that was rayman legends which were also 1080p 60fps on last generation platforms ...

Actually, this is areadly know, but not spreadly. At some point in a developers presentation, marky cern states that the fact that ps4 has no esram, lowered a litle the speod of processing of the CPU cores, but this is compensaded by the use of 8 GDDR3. This not change the fact that memory only affect how much data you can have at a time, but not how much data you can process.

Actually, this is the technology that takedo aways brag about when to come on the architeture of wiiu, saying that him gone for a more memory based model, than a blast processing model, saying that was the "direction" of the market.

How far the programer can go, we are yet too see. But the most benefical thing on this is that so far, the better textures can be aplied without worries.