We’re still in the very early days of the new video game console generation but according to everything we have seen thus far, Sony has a real winner on its hands. As market chatter continues to point to Xbox One inventory build-up in various retail sales channels, Sony has reportedly revealed during a closed-doors meeting that sales of its new PlayStation 4 console are still screaming.

“PS4’s are generally sold out at all retailers although regular supply is refreshing the channel,” Sony said on a slide shown during an internal presentation, according to IGN. Sony also said that it has increased its market share among what the company categorizes as “heavy gamers.”

“[The PlayStation 4 launch] hasn’t been like prior ones… this is a story of engagement,” vice president of PlayStation marketing John Koller reportedly said. He continued, “When demand outstrips supply, the promise of what’s to come is really critical.”

Sony announced last month that it sold more than 4.2 million PlayStation 4 consolesduring the box’s six weeks of availability in 2013 alone. While Sony continues to struggle in other areas of its business, the PlayStation unit seems to have a bright future ahead of it during this console generation.

I live in switzerland, and i got told i wont get one before end of march, start of april if i pre-order now at shop, i should have do this earlier :D

Sony also said that it has increased its market share among what the company categorizes as “heavy gamers.”

Be curious how one quantifies heavy gamers. Number of titles owned, amount of time per week spent playing, etc. Good news for gaming in general. ? Stock is even scarcer in europe, find this hard to believe. 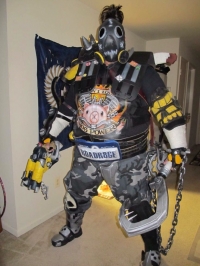 In France, it will be difficult to get a PS4 till april

All this news about "lack of stock", "soldout at retailers", makes me more impatient to know how much stock is reserving Sony for the Japanese launch and when "stock > demand" will really happen. When this happens PS4 should never sell less than 200k per week for the rest of the year...