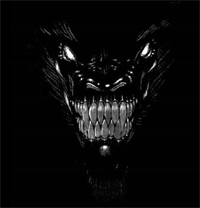 Opinions and asses, you know how it goes.

I really can't believe how stupid gamers have become. People did not blast there opinion 10 or 20 years ago why now? Oh wait the internet so people can now always complain. You know awards are stupid half of the time.

Also the TLOU was one of the best games of lags year.

You know what go and play a bad game like COD that you don't have to use any of your brain cells. Instead I would play a different game experience. Also thanks Naughty Dog the dev that made Crash bandicoot you have now made one of the most violent games in the last Generation of consoles. 😀 2. I don't understand your point at all. I don't think the Last of Us is GOTY so you're telling me to play CoD? I dont even like CoD? Maximum????!??? Also, what does Naughty Dog making Crash have to do with them making one of the most violent games this gen? I just...um.

nintendo says... its not TLOU

and sony fans says its TLOU....

and they are both not biased...

To me Fire Emblem. Ni No Kuni, or Mario should have won.

honestly if anything in the last of us was overrated was it story at times i found to be pretty predictable at times and honestly i felt like it was way to over hyped but i still think it was a great story just no where near where everyone is putting it and the find i remember liked most about the game was the stealth i freaking love stealth games and last of us did some great things with it and at times i was screaming in my head during the slow parts and saying PUT ME IN THE NEXT STEALTH SECTION ALREADY!!!!! If I wanted to play a game where I want to be serious and make my gameplay a somewhat meaningful experience I would play The Last of Us.

If I wanted to play game where I could just relax and have fun I would play GTA V.

To clarify a bit. I don't mind at all that you don't think it's GotY material. I don't even mind when people hate the game. I just really hate how some people dismiss a game as being "just another shooter" like all shooters are the same.

*shrug* none of my friends consider it even in the running for GOTY, and they all own a wide range of consoles. I'm the only one who owns only Nintendo consoles.

One in particular who played the game start to finish said that Part 3 / Chapter 3 (I assume he meant winter?) is outstanding but that the rest of it is average at best. He said if the whole game had been as good as that part it would have easily been one of the best games of the year. Instead, he basically said it was good but not great. I don't think it made his top 10.