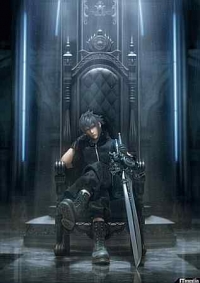 Nice but i wish this was coming to the PS4

Disappointed it's not coming day 1 for Vita, though I think it's just a matter of time, considering the sales of P4G and the fact taht the main target is Japan and Japan loves its handhelds. I'm gonna wait for the Vita version.

Do you all think they will be adding remote play to Persona 5 so we can play on the Vita as well? Im sitting at Bestbuy's checkout to get the vita but it wasnt announced for it :(

I still want Tearaway, P3, and P4 for it though. P4 is one of my all time favs and i never played P3.

EDIT: I bought a Vita

lol i cant beliee a lot of people are forgetting that fact. It should of been no surprise really.

@OP, Anyways i'll be captain obvious and point out that there are 5 chairs in the trailer so probably the game will have 5 main characters. lol they really are playing out the number 5.

Oh don't worry. We will get it for handhelds

Atlus will make the "remake", "enchanced port" for the VITA and maybe even the 3DS! We will also get a cooking game, a rhytm game, and a fighting game. Maybe even a full dating sim game.

If they ever make a Cooking game, it should go to the 3DS. So we can have a Persona X Cooking Mama cross over XD XD XD

It is really hard to go back to PS3 after using Ds4 and Ps4's vastly improved OS and UI.,

THAT would be EPIC. Best cooking game EVER!xD

I am slave, indeed