Things Known
Improved bossfights - they also were a bit of a narrative inconsistency, which I don't think is going to be fixed.
The missing link DLC and preorder DLC is integrated which is a 4-8 hour quest, this changes balance of endgame.
The wii-u controller lets you do some weird things. I heard smartglass and vita don't work as well as wii-u controller.
Developer Commentary.
The shaders were modified for the missing link. They look very slightly better. These are now applied to the whole game.
New Game Plus (You play JRPG's you know what this is).

There's other things, but I don't want to big of wall of text and I'ma nerd about this game.

Then that makes four of us. 100+ hours of Goldeneye and I don't really want to play first person games any other way. Lack of remote support is almost a no go for me. Plus, I got that on a Steam promo.

Wii U only has 2 AAA games and its been on the market for a year???

EDIT: Holy shit, only 14 games that are 75+ !!! Damn (sorry for going off topic, but I find this quite fascinating)

I already own the game on Steam and I'm renting it on PS3 through PS+, but I might invest in this if the price drops a bunch and the GamePad features are interesting. I've got a Wii U backlog as is -- so many games worth playing -- so I'm in no rush to buy this one.

wait the wiiu has that many games ? jk

got the game on the pc and will upgrade it to the directors cut for ~$5
sorry, great game but will pass it on the wiiu. Saving my money for other games on the wiiu like zelda windwaker.

I'd rather get it for $7 during Steam sale.

It is a really good game.

I haven´t played the original either. I´m going to buy this one if it´s cheap, aroun $ 40 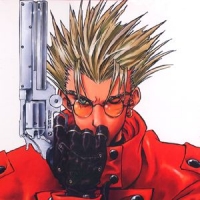 Its not a shooter shooter, dual analog suffices here. You also have gamepad gyroscope aiming.