'Skyward Sword' should have been released as a launch title for the Wii U instead of a game for the Wii.

Forums - Nintendo Discussion - 'Skyward Sword' should have been released as a launch title for the Wii U instead of a game for the Wii. 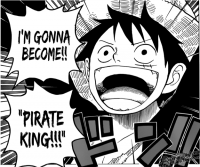 No, everybody would have just complained that this game isn't made for Wii U and that it could have been played the same way on Wii.

It could however been a system seller had Nintendo waited to release it on the U.

Possibly it should have, but I'm sure Nintendo wasn't expecting Wii U to sell as poorly as it has, so they would have been confident that Wii U sales would be decent without a Zelda title at launch. Unlike Wii. I'm sure Nintendo backed Wii to do better than Game Cube but it was far from a sure thing, so they needed to really pad out the launch line up to improve Wii's chances. But as things turned out I bet the didn't need TP on Wii at all at least not at launch.

I agree with this, because then it would of had gamepad controls and not the motionplus controls that suck major balls and made it a chore to try and play.

Disagree.. then the Wii wouldn't have had an original Zelda on it and would have pissed of 132.. no make that 133 fans pissed of and 12391 angry forum posts on the internet.. its better that they can make a new Zelda suited for the strenghts of the WiiU and not a gimped game cause it was a originally aWii game

That would have left Wii (the most successful Nintendo home console) with no exclusive Zelda game.

OT: Nope. The last two years of Wii were bad enough in terms of software. This would have made it even worse.

Hey i would have been that 133rd person and i didn't even have a Wii during its lifetime. Imagine going a full year without an angry birds game and you'll understand the anger Nintendo fans would have felt.

Not like one can't pick it up now and play. Wii U is the only home console offering backwards compatibility.

They went and did WW HD anyway, may as well have done SS.

I understand what you're saying, but I think a Wii release was right for Skyward Sword. The Wii needed a homegrown Zelda adventure and it needed high-profile games in its final 18 months. Plus the raison d'être of Skyward Sword was its incredible motion controls, so releasing the game with GamePad controls defeats its own purpose, as Jake LaMotta would say.