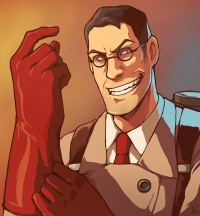 You'll like reading Naruto/Bleach more than watching the anime, trust me. In order of best to worst, these are the animes I'm watching or finished watching.

Death Note. It's a great and really smart thriller. It's a great way to start since it's kinda short and the story is so good that you don't have to be into anime to enjoy it. And it's anything but childish.

Naruto is a story about ninjas going to war. It has a good story with humor and alot of emotions and great action.

Full Metal Alchemist has a story to complicated to explain quickly, but it's also really good.

Inuyasha, the story of a half demon trying to get a jewl to become a full demon. It has it's really good moments but it also has some damn shitty moments. But I really liked the humor of that one. Of course, subtitles or nothing.... DEATH NOTE---guy finds notebook that when u write someones name in it they die, then basically he builds himself up to be this kinda profit dude that kills bad people, and the police, agents/government is all after him and trying to find out who/how is this happening, then they bring this master detective in to investigate, then its just an epic battle of wits between him and this detective attack on titan is new , and you don't need to catch up on much , i just started watching it and it's pretty intense also the intro songs are epic

It's only 24 episodes but is totally worth watching.

Same thing with me, I've had it for months and still havent seen it but dont worry - I will see it soon *_*!