im calling this now. this will FLOP and go free to play

There are way too many good F2P MMOs to pay a subscription for this. Dumb move Bethesda. Well, I guess you can't convince everyone. I'll gladly pay for quality new content if it's worth it.

Free to play to me is a garbage model 95% of the time.

Just to add to my previous comment as well, I have to wonder how many mixed messages the company is going to be getting on this.

It's obvious that there is a small, but insanely vocal group of individuals who believe that sub based play is and will always be the true way of playing MMOs. You can see it all over (Massively is a bastion of anti-F2P around their comment sections, for instance). It 'gets rid of the rabble' or something like that. So, it makes me wonder how many of these people are going to prop things up as much as they can and throw as much support Zenimax and Bethesda's way as possible for it. Thus, the company will think that there is TONNES of support for this and will feel they're completely validated in their choice, when they're just pandering to a minority.

How the hell did that ever get past the alpha and beta stage without anyone actually bringing up that there were a lot of problems? Well, apparently, a lot of the people in the beta were fans and wanted to make sure that the company felt like they were doing well and what not. This obviously caused some issues when they released the game and it was outright panned.

Sooo...how many super-vocal pro-sub people are going to give them this idea that subs are most definitely the way to go? It's going to make for some very interesting discussion. 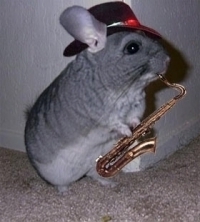 I wouldn't have been playing it much to start with, so I won't be getting it.

FTP sucks. A subscription model secures a much more dedicated user base for the game, plus it's more fair.

this will be like that star wars mmo, no one makes does this anymore but ofcourse bethesda will do it.

Sub fees make games better, look at games like SWTOR when they go F2P. It makes the games more balanced and allows for more actual content.

That being said.... I don't know if I'll give this game a serious look if it's sub based. Money and time are precious resources.