Seriously, it looks like only Sony takes this market serious, handling like it was E3. Microsoft thinks the show is inferior and Nintendo couldnt even show up. Shame on you Iwata!

And by now you should now that when it comes to anything Sony, no one takes you seriously.

They could have gone up and shat on the stage and you would've have probably make a thread declaring it thee best shit ever.

Yeah most probably you're right, but let's be honest here (and DISCLAIMER, I love Sony almost as much as you do, maybe even as much :P) but not many were high profile games, BL2 for the Vita which is late to the party, Shadow of the Beast may be as close to AAA as it gets but we don't really know yet, The Chinese Room "Everyone's gone to the Rapture" will be full fledged, but the rest were either indie, or rather small budget (from the looks of it) so the impact of those games won't be very big. No. It was decent at best. 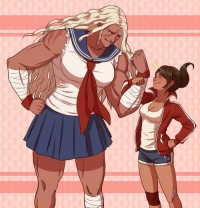 They ARE at Gamescom, educate youself before making bold statements !

Out of Microsoft/Sony and Nintendo... I would say Sony's was *definately* the best streamed conference I saw today.

Turkish's statement, not mine. i just couldnt copy and paste it properly.

That was the most rubbish press conference I have ever seen.

If you don't like indie games that have a price tag above free, there was NOTHING, I repeat NOTHING at all.

They basically confirmed the death of the PS Vita. Yeah we have the Vita, here are 3 ports of games that can be bought for $5 on Xbox 360 / PS3 and PC already and a handful of indie games. No first party support, but we cut the price...

No game announcements for the PS3 (no surprise though).

Showing off 15 indie games I can find in every appstore on every smartphone already was just embarrissing to watch. And most of them are either console exclusives or timed exclusives. "We built the most powerful console - here are games you can play on Windows 95!"

I had a chat with 2 co-workers who are PS fans and even they said this was boring and a pain to watch. Whoever is responsible for this conference needs to be fired today.

no offense but Noo. E3 Sony took the gold, this was boring as hell. Everybody knew of a price cut and we kno release date.

Its funny now how it was suppose to be a vita show, they didnt have anything much to say about it aside from asking indies to come and join. M$ was better and there's was average imo

Yup, gotta agree. Nice inFamous Second Son trailer. They decreased some prices, though only the memory card price matters to me and they announced a launch date

But there were no AAA game announcements there, none