Wii U, PS4, One exclusive sales

Obviously Market share is going to play a big factor, but Mario Kart 7 should comfortably hit 10 million on an install base of about 40-45 million, but Mario Kart has, even in the Gamecube days, performed better on home consoles due to the draw of multiplayer, so 8 may be able to surpass 10 million with 35 million consoles or so.  Of course, I think the Wii U will sell much more than that, and you seem not to, but that's an argument that's been done to death, so I'll just post my predictions and we'll see who's right in a few years or so.

Titanfall is the hardest to really guess on.  Honestly, I could see anything from under 3 million to 8 million happening with that one.

10 mil is conservative but not outrageously so. Less than 10 mil is funny.

Hold on, let's look at that last bit again. The 3DS console is not matching the pace of the DS hardware, as I am frequently reminded (DOOOOOOM). Yet Mario Kart 7 is tracking significantly ahead of its DS predecessor, selling over a million more than Mario Kart DS in the same time period, over 18 months after launch. Both launched around the same time of year, just before the Holiday season. Yet the 3DS verison is selling faster despite its console selling more slowly.

This is because, as JWein said, the franchise has grown in popularity over the last decade. I suppose it's fair to predict that it will suddenly fall to pre-2008 levels of popularity despite the 3DS indicating that this is not happening. Just be prepared to be wrong. DS and Wii Mario Kart both exceeded 20 million sales, and 3DS Mario Kart is tracking ahead of the DS iteration. Assuming that continues, that's 3 consecutive releases selling more than 20 million. And most predictions in this thread are that the Wii U iteration will sell less than half that.

I'm not saying there's not a possibility of a 15+ sales because i know there's a possibility but the current level of Wii U sales doesn't help at all.  Let wait till the holiday season and if the console perform like it's supposed to do so, i would change my prediction.  I'm not against the console, it's just that I'm an optimistic guy.

I understand what you're saying but the last mario kart console game that sell more than 15+million was the wii version,  The 3DS version just show the increase in popularity in the handheld department, we don't have another mario kart console game to know if it would keep the same popularity or not.  I know that mario kart is a system seller and it would improve the Wii U sales, but to improve it in a level that it would help the game to maintain the kind of legs that mario kart Wii accomplish, i just don't see that happening.  I could be wrong and I realized that there's a possibility for the game to reach those numbers but as of now, it's very hard for me.

I don't think he needs much of an explanation. It's a new IP is a very common genre that really doesn't have very broad appeal. I'd be very surprised to see it do 1 million at all, let alone 2.5 million.

Kind of agree.
I do not see Knack and Ryse sell that much. I actually don't know how you guys can predict the LT sales of games on non-released platforms.
The WiiU games are justified though.

I'm focusing on Wii U games, since I'm less likely to make a fool of myself. 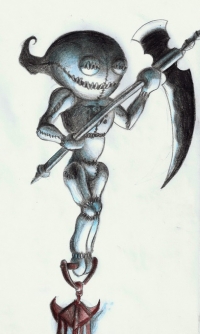