Steam (thanks in part to family who gave me gift certificates and also my generous Secret Santa):

Epic Games Store:
A lot of free games, but most notably is Yooka Laylee and the Impossible Lair
Control

^Not bad, not bad at all. There are lots of gaming hours there.

Sadly, this contest is also UK ONLY.

What I got, between Steam sale, Humble Bundle, Fanatical deals and gifts:

6 months GamePass Ultimate for a total of 2 Euros

Manifold Garden  (if you like games like Portal and Echochrome, you'll love it; thanks to the Epic coupon it's only 6 bucks)
Shenmue 3 (actually paid for it in 2015 via Kickstarter, but activated it this December)
was thinking about buying Metro Exodus for 10 bucks... but... GamePass 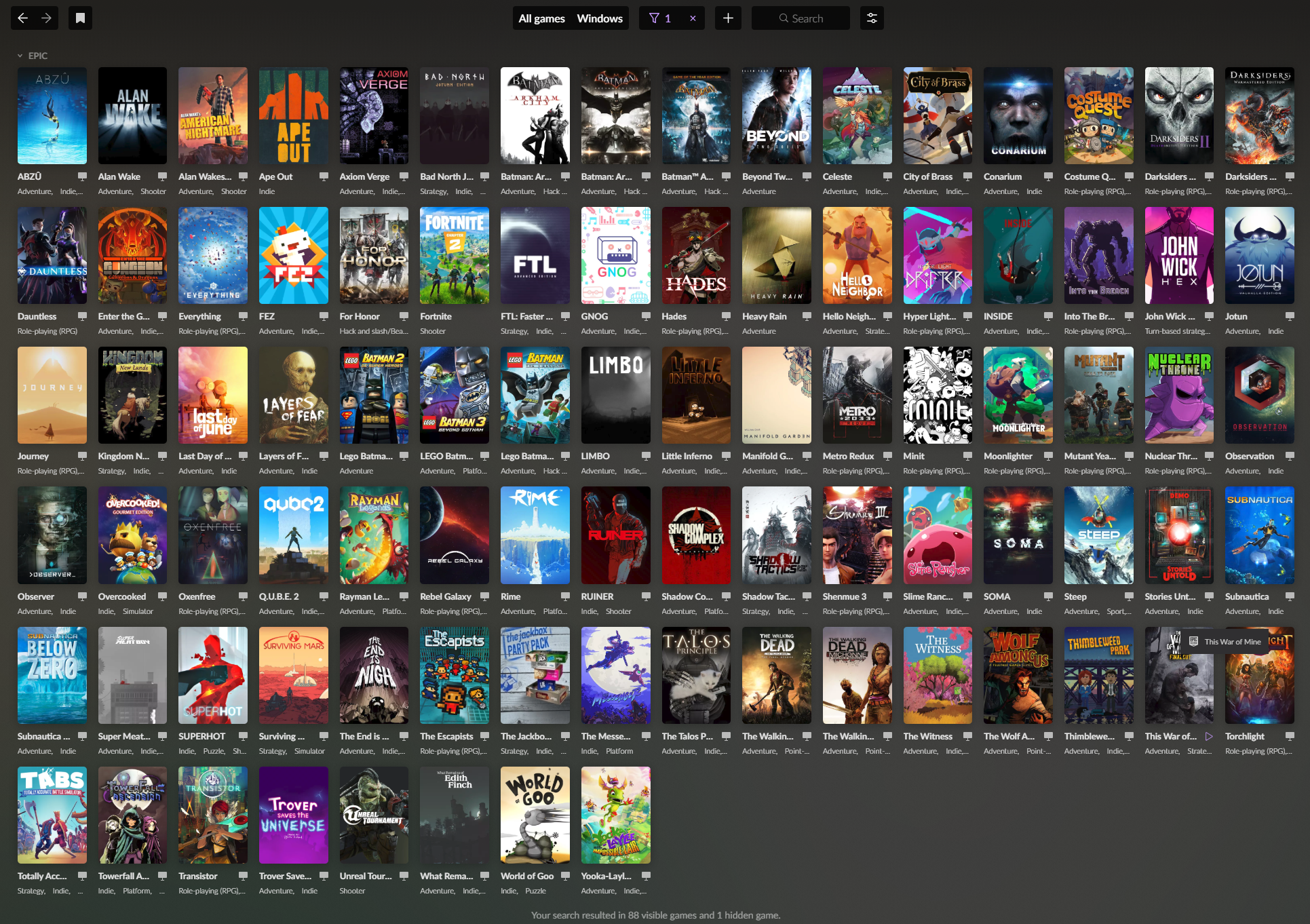 Wow, I'm kind of jealous. Both of you got so many games. Have fun with them!

Well, we can't leave you jealous. Another gift of your wishlist is on its way.

Keep up the good work in this thread!

You don't really have to. I'm already more than grateful for the other one.

Unfortunately, I missed 2 of the free ones during Christmas.  I'm not used to only having one day to get them. But otherwise, I have every single other free game from Epic since they started.

Also slightly disappointed in the fact that a few of them during Christmas were games we'd already gotten free before. But I can't realistically complain about that.  Epic has been more than generous this year in the face of all the backlash they've been receiving.

Conina is quite the generous fellow!

I must be an odd one because I only grab the free games I'm interested in. As such, I've only picked half of the Epic free games so far, and I'm not talking only about the X-mas ones.