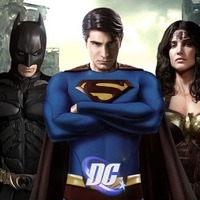 what will be the hard drive size?and is this just the bare bones price?this is all so vague hmmm?nice price though

Sony kilt it with that price.

If you were convinced by FF14 then you're very easily convinced

Fantastic price. So impressed with Sony. Microsoft must be so disappointed right now but they got arrogant and greedy and now they are paying the price. I'm guessing Microsoft did not want to take a loss on the console whereas Sony are taking a loss on the PS4.

they were vague on release and HDD space, but not being vague on used games made all of that seem like a distant afterthought.  Honestly did you hear that applause?

There better be no catch with HDD space - like the cheapy XBox 360. If it's legit, 399$, that price is killer for a launch console.

What? No. For months now people have been saying that $399 is a good price, and after the 8 GB RAM thing some people were worried it'd be higher. It's very reasonable and nothing like $499-599.

That said, if they took the same approach as they did with the PS3 for internal storage upgrades, it wouldn't be much of an issue either way. I'll be pretty annoyed if they do the Xbox 360 approach of proprietary HDD cartridges.