Forums - Gaming Discussion - So, in before E3 : who won the 7th generation ?

In the end, who "won" this (living room) console generation ?

Why not FPS also?  I enjoyed playing FPS with Wiimote and nunchuck more than lame ass dual analog. Xbox performed quite well and gained a lot of marketshare, Sony managed to turn around what could have been a massive failure. Overall they all did pretty well.

As for quality, that's debatable.

Your OP, as pointed out by others, is full of glaring errors. Wii easily made the most money, no doubt more than the other systems combined. So how you arrive at the conclusion the 360 did is beyond me.

The only hard facts we have are sales and profit, an area the Wii easily wins. And for 3rd parties it was good, particularly Ubisoft, Capcom and Sega.

Talking about games is a purely subjective matter. I had more fun with the likes of Galaxy, Xenoblade, Brawl, Monster Hunter, Zelda, Metroid Prime Trilogy, Mario Kart etc. than any game I can think of for the PS360. They were just...fun. Not to say the other libraries are bad, but you can't dismiss the Wii on the SW front so easily either.

Arguably the loser in every sense is Sony. They lost a load of money and marketshare, and people say "momemtum" but the PS2 had far more than the PS3 snd that didn't help at all. I struggle to see what logic people use to arrive at the conclusion the PS3 "won" as of right now ofcourse, aside from being purely subjective. 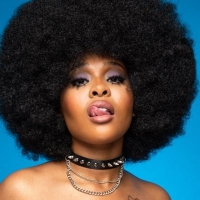 It was easily the Wii....Xbox 360 and PS3 are still playing catch up to it Wii won. Xbox lost me after original XBOX abandonment. PS3 and PC made strong comebacks and delivered the most personally. 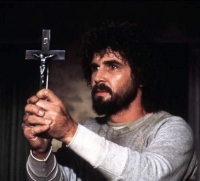 Both ps3 and 360 ate ahead by default over wii

the higher total has meant nothing to wii owners, even now wii owners have to upgrade only to play ps3/360 style games

You asked who was the winner, not who was the best.  Tha analogy being the most popular musician is not necessarily the best.

Revenue is a fairly useless metric of who won and the issue of better software is highly subjective and belongs more in a debate of 'who is the best', rather than ' who is the winner'.

Finally if you want to look at profit, this is the area where the Wii has an absolutely unasailable advantage.  Anyone who thinks otherwise really needs to check their facts.  The Wii made Nintendo literally billions of dollars profit each year between 2006-2009/10.  I haven't looked at the numbers lately but I doubt that, factoring costs for R+D and loss-leading, either MS or Sony turned a profit for the generation. Their balance sheets may have been positive in the last 1-3 financial years but not in amounts that can offset the billions they both lost at the start of the generation.