Locked: Why does some of the PS family on here always behave in this way,almost EVERY gen?

Forums - Gaming Discussion - Why does some of the PS family on here always behave in this way,almost EVERY gen?

You mean like the Famitsu-Media Create threads every Wednesday? "Wow! Look at pacman go. Nintedomination. 3ds obliterating everything on its path. Now that's what I call dominance. Vita on life support. Nintendo owns Japan. Lolz, do they even know what vita means in Latin/Italian?" etc. Oh and let's not forget, "the top 5 3ds will outsell all the vita software combined".

Guess it doesn't seem like bragging when it's your favourite console.

Let's not be hypocritical here. It's the same from all camps.

No, you have selective memory. The things Nsanity posts include pro-MS, con-MS, pro-Nintendo, con-Nintendo and con-Sony news/articles. He isn't fond of Sony, that much is clear (he posts articles with questionable content that he wouldn't post for MS or Nintendo). But he tries to post everything interesting that hasn't already been posted. When it concerns positive Sony news, there are enough people who post that stuff anyway, so even if he wanted, he wouldn't have much, if anything, to post.

Like I said, his thread about first party games had no content. You also admit that he "can say some stuff", but then turn around to divert the blame away from him and Sony fans who behave similarly.

Like I also said, there's a difference between hype (positivity) and in-your-face bragging. There were some declarations that the PS4 will crush the competition and similar things due to what Sony showed at their event. I am also talking about posts within threads here, so making threads for one's prefered system is not a solution, because it might invite this kind of posts.

Does anyone remember lilbroex? Also one of those guys who took things too far, making a mountain out of every molehill. 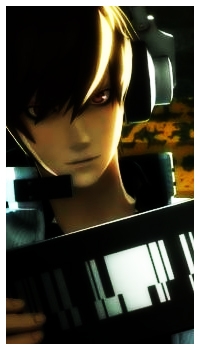 Honestly this happens with everyone. But yeah, it's freaking annoying.

I'm not diverting blame away from him or Sony fans, I'm diverting blame against anyone who wants to make a positive thread or talk about a subject that may attract spiteful people who will try to troll, derail, downplay, or hate.

If another console announced a new awesome game that melts faces I wouldn't be happy with anyone going into a thread about it to basically be a scrooge.

We are all just hyped thats all, we wouldn't show an arrogance towards to 720 if it was revealed and we wouldnt be so stink towards the WiiU if it wasn't so.....Uhh nevermind bout the WiiU. This right here is why PS fans get overly agressive because people have to state their opinion as fact, when in reality it's not.  This is a post that pisses me off the most.

It's happens both ways for all of the big 3 and will likely happen when MS announces the nexbox.  I just wish people would grow up and act mature and not spout BS from their ass.  Were not 10 years old anymore.

Has anyone else noticed the huge influx of new members? I blame them. They watched the PS4 meeting and now need to tell the world so they made accounts on all these forums.

You do know the official PS4 specs are virutally identical to the leaked ones right?
There's no point in waiting for official confirmation. Sounds like something to say when you can't handle the fact that X if more powerful than Y.

If Y was more powerful than X, do you think the "Y family" would react any different than the "X Family" is acting now? No, they wouldn't. So man up and accept the facts. Maybe I'm wrong and maybe I've spent to much time on N4G, but I would have to agree with you. It seems that you never hear comments such as ''console domination'' from other fanboys (atleast not as often). They seem to always be bragging about having the most powerfull console and dominating the console market. They put alot more importance to this than fans of other consoles.