Was the Sandy Hook shooting a fake?

Forums - General Discussion - Was the Sandy Hook shooting a fake? *Disclaimer for people with limited intelligence/attention spans* I'm not into conspiracy theories. I'm not trying to throw dirt on the government or the President (If you notice, my profile pic is of President Obama). I'm not saying the shooting was fake or that it really happened. I'm asking a question to get your opinion based on the discrepancies highlighted in the video.

I just watched this below video and I just need some outside (of my head) opinions on the subject. Watch the video, and see if you can explain some of the glaring oddities that relate to the incident. Especially, the web pages that were made prior to the shooting asking for donations because of the massacre, the odd behavior by the coroner, and the accuracy of the shooter.

Please watch at least the first six minutes before commenting.

CNN link countering the conspiracy theory (Not sure if you can embed their videos). http://ac360.blogs.cnn.com/2013/01/11/kth-exposing-newtown-conspiracy-theory/?hpt=ac_mid

yes, made up by Obama to take the guns away from meuricans 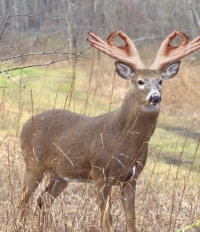 Geez...just watched the full video. The fact that the fund pages were made before the shooting actually happened is undeniable evidence... 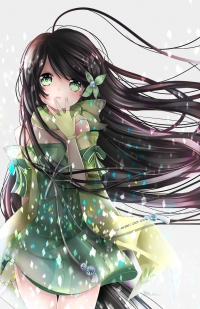 Go ask all the parents of the babies who died. I'm sure they'll be happy to hear that question. Are you fuckin serious ?

It wuz so Prasadant Osama coud take are guns! And took are jarbs!

I'm sure the police detained a bunch of people that day. Secondly, the infowars guy is seriously taking the witnesses words too literally. The witness was being interviewed after a massacre and had to answer questions on the spot. You can't prepare your answers and a lot of people make mistakes(such as slips or mis speaking). The guy could have been sitting on the hood while police do what they do which is run your ID through the system and thats what the guy meant "in the front"

Two things.
1) Too soon.
2) I watched the first six minutes and none of it makes sense. The entire part about another gunman could be just some guy who had an adrenaline rush from being near the school and hearing shots fired. Everyone acts differently when faced with a situation so sickening. More than likely, he was innocent. As for the 4 handguns and the assault rifle. I live in Kentucky, and my local news channel said that 4 handguns were used and an automatic rifle was in the trunk on the day after it happened.

People knew he was going to use the assault rifle if needed to, and we don't want someone to have the chance to do so again. I don't like infowars or Alex Jones. Both twist articles and news reports like crescents. While I do not believe the shooting was fake, there does seem to be quite a few inconsistencies. Especially the gentleman who lost his daughter and the next day was smiling and joking before "going into character". The facebook page where they announced the girls death and opened a donation page, then hours later had an update where they claimed the school was on lock down and they had not heard what happened to their daughter was truly a head scratcher.  I am only around 12 minutes in but I would highly suggest that before people comment, they actually watch the video first (or at least more than 5 minutes).

As for Robbie Parker laughing? It looks more like a fake smile out of nervousness to me. there was absolutley no laughing. just a smile.

As for the nurse, she said no to the question if the son was ell known to have issues(because how can you know someone you dont know). Then I'm pretty sure the follow up question was "what was his mother like" and the nurse was probablly just told "the shooter mother is the kindergarten teacher here" so of course she will talk about the teacher who she knows going off bad info... I have no clue who started that claim but Im sure it was a news source trying to get a scoop and since the rest of the news didn't want to fall behind they started reporting it. Because when that news first starting to be spread there wasnt ANY info being leaked by officers other than there was a massacre.