Who do you think will win the console wars?

Forums - Sales Discussion - Who do you think will win the console wars?

Avinash, look at my sig. I will be the first to be happy if Wii sells 200 m, but something tells me it has to stop selling like bread at some point.
I must add that 150 m could be posible, but I can not believe such figures as 250-300 millions as some had stated...

Yes, that's why the expensive PS3 was outsold by the 360 which has a lower price and better library Slimebeast. 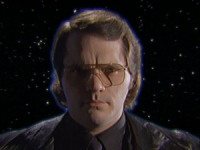 Ok if that is your opinion then fine... but your comment about him using those numbers to match his prediction was ludicrous. You seemed to be surprised Rol had predicted something to tie-in with what his sig says. Of course the two predictions match, they are in reference to the same thing after all, one just goes into more detail.

Okay, I was wrong Twro.

OT: What does your sig mean?

Ah, so the PS3 is a fad? Sounds strangely familiar... I get it now.

Anyway, the PS3 really has very few guaranteed AAA games announced for it at the moment. The only two I know of are MGS4 and FFXIII, and those were announced well over a year ago. The PS3 will need more than those two games to sustain it throughout its life cycle, let alone increase its sales so dramatically.

@ tombi123: People said the same thing about the Gamecube. Price cuts will help a system sell, but not that dramatically. wii is a fad maybe?:D

Why?  Do you see any sign that it is slowing down?  look at others sales this week over 100K, only thing holding it back is nintendo production, and Nintendo has yet to hit $199 or release a second color and a Wii lite is years off if ever 9how do you make the Wii smaller?)

In addition Wii has many markets left unexplored

GTA was the highest selling games on the PS2, and PS3 lacks th casual games of the PS2 so it only has its hardcore games to carry it, games which indicate a potential arond 15-20 million

Whoever is putting 200+ million for the Wii keep in mind the DS is selling way better and yet it has to sell more then triple what it already has to to reach 200 million. As the ps3 has better games and the 360 continues to come out with strong brands it will be hard for the Wii to continue at it's pace long enough to make those kind of numbers. hardcore gamers may become more interested in the other systems more dedicated to hardcore games, and casuals don't tend to stay hot with one gadget for too long. I'm not saying it one win with flying colors, but 200 million is a bit steep at this point.

For those saying the X360 will only get 35 million. That is a bit low, this system will stick around for a while and has lots to offer the gaming publics it's already more then half way to 35 million and we're not even halfway through this generation, wait till it becomes more reliable, and cheaper, there is no reason this system won't fly right pass 40 million and park it's lifetime userbase between 50-60 mill.