Is PS+ the best thing ever?

i think it's just the pure amount of money and not from every single person. as example, let's say sony has 10 million people paying for that only because of this content and they get maybe 30 dollars on average per year, that would make 300 million. if they would now give every developer putting the game on psn "for free" 1 million, that could be enough for many (it's not as if many of those people would still buy those games so there isn't much loss to expect for those games saleswise)

now those numbers are just an example and will be super wrong but it should make clear how it could work. sony could still make money with it even if they have to pay many developers a lot of money for all games together. and they will probably also sell some consoles with this system and take them away from potential xbox/wii u customers.

it's like those humble bundles or something, the amount of buyers/subscribers is where the money comes from for sony and the developers. 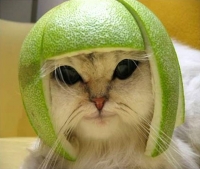 Yeah you see that sort of behavior for everything. I wouldn't construe complaining as total dissatisfaction with a service though. Look on the mainpage at the new Sony numbers thread, a huge portion of the vgchartz community is venting their displeasure about the tracking on this site. Ask the community as a whole if they like the site though, I'd imagine the satisfaction figure would be quite high.

With the internet providing a soapbox, there will always be negative outcry about services, free or otherwise.

You know.. I've had a one year subscription so I'll use my psn account as an example:

so in total.. I have given sony about 86 bucks, if users keep re subscribing to ps plus they'll make a load of money

I think PS Plus is a sustainable model, as long as people keep subscribing. This kind of service is sort of like an insurance policy, you need large number of people to do it. What is the magical number we dont know, but based on anedoctal experience it seemed to have taken off, especially in the online sphere. Personally, I had it last month SOLELY for the PS Vita offerings and I am very satisfied. I downloaded the PS3 stuff too but dont see myself playing them too much. I even bought a 32 gig to fill up my vita games, so on that front I had spent quite a lot on PS Vita, which I wouldn't have if not for the amazing PS+ offerings.

Ask people to pay, give them free games that they wouldn't have otherwise bought. Its the smartest idea coming from Sony this gen, and simply expose how much profit MS is earning by charging people to play online. If Sony can afford to give out free games for subscription, so can MS.

Its also about mindshare. I find myself looking forward to every PS Store update now more than ever, and have been thinking of spending some money on PS classics to fil up my vita. My vita which was dusty before last week, gets played every night now.

Are Sony making a loss on this service? I don't know how much subscriptions there are but let's say it's 4 million payed accounts. That's like 20 million dollars every month. They won't get the games for free, the publishers will get several millions for handing their games out for free, but i think PS+ is making + for everyone.

maybe we could estimate the numbers if some people calculate the percentage of plus subsribers from their friendlist and take the average percentage to official account numbers (problem is the fake accounts). i can't, i have no frieds, forever alone.

doesnt mean they over all arent happy with it, they just want things to get better on a already great service I voted NO because Sony does not permit me to give them money to buy it. I have to do trickery to get games online and PS+ and I have not done it yet.
Sigh...

They're testing the waters.... It's working. People are subscribing and re-subscribing for online services. Expect pay to play online similar to the xbox live model sometime during the ps4's life. Sony reported there being over 90 million PlayStation Network accounts worldwide back in March 2012, although this it didn't specify how many of those are actually active accounts (many PSN users have multiple accounts registered to different regions for overseas PS Store access).

"With numbers like we have, it goes without saying that Home has been a huge success for our company, something that we have been very proud of." The numbers he's talking about look pretty decent on paper: there are over 100 games on the service, the average user session is about 70 minutes, there are over 50 unique spaces available and 14 million people have at least stepped foot in Home once. Not bad, but it's all about the context -- do people play those games? Do people explore those unique spaces? How many of those 14 million are actual active users? "We haven't talked too much about the platform itself, but what we have said is that every mature virtual item we have ever created has been profitable," Buser said. "We've released over 5,000 virtual items on the platform, and we know that once those items reach maturity, they are profitable. So you see us creating a tremendous amount of virtual items, because it is such a high margin business for us to be in." So it's very much a long-tail thing, then?Look, you could probably present the numbers in any way possible and spin the service as a success, but for us, the real success is its ability to pull in new users, its effectiveness as a marketing tool and its profits from the sale of virtual goods. Log in now and you'll no doubt find a community there, passionate about Home. But is it pulling in new users? Are marketers beating down the (virtual) door to get into Home? And how much does Sony really earn from the service annually? Until we get less vague statistics and hard numbers, we might never know.