Revolution: The Story of Wii 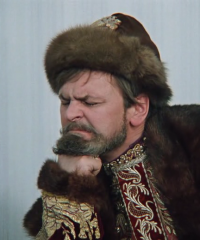 Wasn't able to find exact figure of units sold forecast on Nintendo IR site. But last forecast modification one month prior to launch indicates 15.6% increase in net sales for the whole year vs. 51% of actual result by the end of FY3/2007. So they did underestimate it.

Maybe I'm missing smth though (like DS at the time), but won't bother to check more thoroughly. They staked a console release but they anticipated a much lower release price ($199) and much lower sales. They had confidence enough to release a new console based on the technology but not enough to go without hedging their bets. This wasn't the first time they hedged their bets, they released the N64 with only a single analogue stick when the industry finally settled on two and they didn't move to make any adjustment either after the PS1 obsorbed their innovations.

The pre-release period where developer confidence set the tone of the whole course of the lifecycle of the Wii would have been completely different had they actually bothered to release new hardware. Before the release of the Wii the developers essentially voted no-confidence and moved on to larger projects on other platforms. The only developers who developed for the Wii essentially were given no other choice whereas the developers with some market power decided against the Wii, hence the fact that the Wii was supported by the least capable developers plus Nintendo. Whilst new hardware would have cost more money, hindsight more than suggests that a $299 price point was supportable given the price so many were willing to pay for access to the unavailable hardware.

I beleive there was quote from Iwata supporting this, smth like he beleived in Wii, but didn't exepct it to sell that fast and in such volumes. But it'd better to check with Nintendo hardware forecast at the time if any.

I do think as well that on the one hand they were trying to play safe by lowering hardware devlopments costs, increasing profit margin from every unit sold and even maybe reducing software developments costs - if smth will go wrong business will survive at least, but on other hand it's still was desperate move, that did wonders. People sure did beleive Nintendo were desperate when Wiimote was first shown to the public, I clearly remember this :D

Wasn't able to find exact figure of units sold forecast on Nintendo IR site. But last forecast modification one month prior to launch indicates 15.6% increase in net sales for the whole year vs. 51% of actual result by the end of FY3/2007. So they did underestimate it.

You make some good points.

PS3's price was probably the main reason for the brand's sharp decline. If Nintendo had put that amount of money into the console, sure they would have caught the 500K people or so who wanted to pay insane prices, but not the vast majority who wanted it at the range the Wii actually sold at.

I was thought Nintendo invented the Wii Remote. Still, they made a great decision... yet, someone had to bark first! :D
Sony`s reaction was just priceless! We don't know how much the Wii would have sold at 299$. You only know what it sold like at 199$. The pricepoint was true to Nintendo targetting a new crowd of gamers that wasn't accustomed to spending big bucks on the entertainment diet it offered.

I think, in favor of your perspective, rather what actually took Nintendo by surprise is how successful they were in the market as a whole, and the failure of the PS3, which in turn left a door of opportunity to also conquer the core market. I think also the core market's attachment to top-grade graphics (devs and gamers alike) also came as a surprise to them.

I agree with noname that they believed the Wiimote alone was the key to the Wii's success, not the concept of HW power. They believed in it alone. That's pretty intense.

Wii's sole devotion to motion controls was both daring and ingenious. It connected Wii to an audience that would have never considered getting a games console.

I think Sony's cockfight with MS also helped Wii as the PS2 was the undisputed ruler of casual / shovelware crap, and that helped it achieve sales five times greater than Xbox. So why Sony would purposely snub that market to singlemindedly pursue's MS 24m gamers (as Xbox's install base) instead of holding onto it's own expansive base is beyond me. But that market left Sony for Nintendo en masse as a result. I'm sure a lot of 'core' Sony fans are fine with that, until they see the huge PS3 losses and 3rd place finish that it resulted in.


At any rate, a fantastic article! Perhaps one of the best game-related articles I've ever seen. I learned a lot and I've followed Wii very closely since E3'06. Amazing to think MS/Sony let that oppurtunity slip through their fingers, but at that time, they only saw the dedicated gamer and no one else.

I'd also heard Nintendo copied Xavix (www.xavix.com) which released a Wii-like console in Japan in 2004 but this indicates Nintendo had bought the motion-tech prior to Xavix's launch.

Wii had it's amazing highs and lately it's miserable lows, but history will remember it as being the console that brought gaming mainstream.

That's merely Nintendo being itself. This is the same company that used parts made in the 70's for its first home console. It's the company that released the Gameboy when technology like the Game Gear were available. Consider that the Wii was the most expensive system Nintendo had ever released, and that they manufactured more of them from day one than they have any prior system, and you'll realize that the only reason they were hedging their bets is because conservatism is in their DNA. Remember, they were barely leaving the generation where they had to stop manufacturing their newest home console, two years after its release.

I also must point out that your N64 example has its timeline reversed. The N64 controller was the first home console to use an analogue stick. Dual analogues didn't come along until after its release.

As for the idea that the system might have done better with third-parties if it was beefier: perhaps. It's fun to speculate, anyways. But as this article points out, the industry as a whole was (and still is) pursuing a direction that's not healthy. The system's success demonstrates, indisputably, that the general market placed less value on horsepower and more on accessibility and games with a wider appeal. That others, and eventually Nintendo itself, chose to ignore this message is unrelated to the subject matter.

I think ignore is a strong word, but underestimate and fail to fully pursue to full potential, I much agree.