Oh please.....the "im losing because the masses aren't informed" is weak, really weak. Totally speculation and just a sore losers excuse. They had 6+ years to get informed. It just never occurs to you that maybe Live is more community oriented, seamless, and cross game chat/party system is still a big thing, and has fewer but more "worthwhile" exclusives (that one is my opinion). I could say the same thing in Europe and Japan with your peer pressure logic. But I digress, ill stop it here.

But to all others: he brought Live into this discussion, not me. 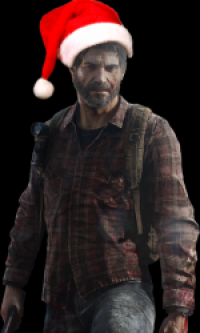 SERIOUSLY! Damn SCEA better get something good. I just became a member and recently found out we got Red Dead in September =(. But hey I can't complain since I'm enjoying the free inFamous 2. It even made me go and buy the $2.50 Festival of Blood DLC.

WTF is wrong with you and this apples and oranges thing. Every god damn thread you say that shit at least ONCE! LET IT GO. Or at least switch it up. Peaches and Bananas next time.

I said it once with you and once with him. lol your such a fact checker. geez!

FYI I got that habit from Jaytech 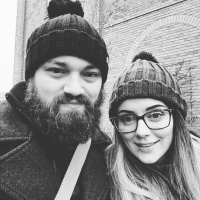 Actually I agree with VGKing, North Americans are really miss informed. When I talk to people in Canada and especially the USA that don't own a PS3, they tell me all this made up stuff about the console as if they are an expert on it, like, the most recent ones are; You can't play games online because the lag is so bad and there is none online to play with, I went online on a PS3 once to play CoD and I couldn't get a match going because online is dead, everyone that had their credit card info on PSN had money stolen by the hackers, PS3 has no games (yes, I still hear that), Xbox has the XBL Arcade PS3 has nothing like that, Xbox has more games coming out for it then PS3.

I hear this stuff all the time, they think the PS3 is the plague. I'm not sure where all this negativity started, but I remeber believing some of it when I was choosing between a PS3 and 360, and it helped me choose the 360.I didn't have so much time on my hands when this gen started, like most people, so I based my decission off of what others told me and what console my friends had.

And this is just talking about the PS3, not Plus. The second people hear "Playstation" their ears close and they won't even hear "Plus". Most people don't even want to hear about the service because they have such a negative attitude toward Playstation and have no itention of ever getting one.

If Sony wants to get people to buy a PS3 because of PS+ they are really going to have to work on their overal image first, which means they have to stop screwing everything up, especially when the first release something *cough* PlayStation store *cough*. The bad press is really hurting them.

Have been a member since day 1; won't be changing.

And theres what Ive been talking about: Real world matters most and it is the exact opposite of what the forum vibes tell you. Unrelated comment, but felt I had to say that.

But to me, its not that they are not informed, its just that NA is 360 turf and there is a "aint enough room for the both of us" mentality going around. Even if the market was fully informed, its quite likely they would simply waive their hand dismissively because after 7 years, most gamers today are set in their ways this gen.Your comment implies NA people are idiots when thats just ignorant. They simply "dont care" because they allready made their gaming choice.

PS Plus was introduced at a time where most core gamers allready made their preferences.

3. I too speculated on this. The games that are free, Id imagine they are not recent and therefore downloads have slowed to a crawl.Digital game sales are far more profitable then retail since its really just downloading a copy of a game.

Id imagine Sony could pay maybe $1-$2 dollars per free game. Publisher gets some revenue from downloads that werent getting any action by themselves, and im sure Sonys makes maybe at least $10 profit from every yearly subscriber.