Name just one thing that America and the E.U could cut to start getting back on track financially

Forums - Politics Discussion - Name just one thing that America and the E.U could cut to start getting back on track financially

But because of china's traditions they have too many boys in some areas as they perfer sons. But i suppose your right, as we haven't seen what happens after a aging population yet. But, I think people fear that economic decline is linked to population decline, which we don't really know.

All i know, is many countries are already in this phase, as population in countries like Japan, Russia and Germany are already starting to fall, although very slowly. Unfortunately this will do little to stop future population increases, which will be mostly in africa

In the UK well a cull of costs needs to happen everywhere, there isn't one thing that could sort it out. A good place to start however is trimming the fat when it comes to public sector employees. Too much of public spending when it comes to things such as the NHS is tied up in paying the wages of over paid middle management types, who earn a fortune for jobs that could easily be covered by those above and below or to coin a phrase too many chiefs not enough indians!

Thing such as reducing MP's wages, removing the second home allowance and the expenses allowance. MP's are well paid, if i'm not mistaken the average wage for a seated MP is £60,000 either the wages get cut or the allowances do, being an MP is a priverlige and the amount they get away with when most of them really don't seem to care is mental!

Military spending could always be cut but not when we are currently at "war" (that's for another day) the people who feel those cuts are those who should be as well protected as possible!

When it comes to the US, i couldn't really comment as i don't know enough to make an educated argument!

So poor people should be forced to know how to eat healthy, cook healthy, and buy healthy? Do you know how much that would cost?

Someone told me something about food stamps. But I forget. I will say that if we did what you say we would slam into a recession! Billions of dollars a month or close to that I can imagine go into food from food stamps each month. Just think of all the companies in America that would instantly lose all that money. Do you know how many jobs Food stamps create? Bill Clinton made huge changes to welfare. Money can only be recieved for 5 years of peoples life if I am not mistaken. Did that help? No. The government just found other things to spend the money on with in 4 years and we were bankrupted just about.

Plus there is already a Bread, egg, milk, etc program. It is called W.I.C Women, infants, and children. It is tightly regulated. I will say that they could stop people from being able to go to restaurants with food stamps. That is uneccessary and would not hurt anyone much if it was stopped. Why make poor even more desperate? To be honest it is not hurting us taxpayers that much at all to allow a human being a little kindness in a hard life.

Also all of our defense spending can be cut in half. Soldiers do not need to train everyday. Too much money is given for supplies that just get wasted or sold. Does every soldier need 10 pocket knives? How about workable body armor instead?

With all of our technology we still have struggled in both Iraq and Afghanistan. Go figure! 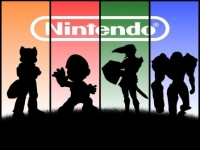 Well see, I think you prove my point.  There is an industry of junk food by the likes of Frito-Lay, Kraft, etc, that is heavily inflated by people who buy all that junk food using food stamps. It's almost a form of corporate welfare, when you think about it.  I wouldn't be surprised at all if those companies lobbied heavily for the expansion of food stamps and other forms of welfare.  It increases their sales.  Those companies also are heavily-burdened with the continual rise in the minimum wage that bleeds out their bottom line and causes them to raise prices, lay people off, and reduce the amount of food in packaging.  The government is literally driving them out of making a profit, however well-intentioned it may be.

I'm not arguing at all that people should be forced to know how to eat healthy, and it doesn't have to cost anything.  I'm merely arguing that all food stamp purchases be only for basic food groups, and that it be a very narrow list.  No education, no promotional costs, just a change at the Point-of-sale... all non-essential food either gets turned down for use with the food stamp card, or you pay for it with cash.  Which brings me to another issue with this whole thing... now you can use food stamps at the ATM to withdraw cash! I mean it's just gotten so ridiculous.  It would be laughable if it wasn't our money being taken from us to provide others with priviledge that many of them don't need.

Really, the only two ways to fix this is either A) Have a "Welfare cop" follow each recipient around all day making sure there's no waste, fraud and abuse... or B) Heavily, heavily cut the program back to the barest of essentials.  Option A would likely cost more due to hiring even more Government bureaucrats, and it would also likely start riots and a race war.  Option B would be the best way to handle it, even if there would be a lot of push-back and demogoguing from people who either aren't aware of how much abuse there is in the system, or simply don't care.  Both are equally terrifying.

Note: You'll find most westernized, developed nations having low birth rates and aging populations.  Generally speaking, the wealthier you are, the busier you are, the less likely you are to have children, and so it leads to heavy declines in birth rates.  Just look at Europe... some of those countries are literally dying off.

replace it all with free software running in-house developed and maintained programs for vastly less, and run it on hardware that would have to be scrapped if forced to upgrade from XP to Win7/8.

When you give IBM a maintenence contract the first thing they do is hire 30 people to do it. Why not hire those people yourself, cut out the overhead, and get loyalty?

I don't think this is quite the case. The regions with some of the biggest GDP per capita on Europe like Norway have the highest fertily rates while the poorer eastern and mediterranean countries have the lowest. Usually times of economic crisis will mean less children, not the opposite. Lingering sexism is also an issue, counter-intuitively: where parents have more balanced roles, like the scandinavian countries, were the fathers are more willing to take care of children, fare better than the more sexist mediterranean countries, were women feel more like having only one kid since they're going to take care of it alone anyways. And there is also all the ecocatastrophe porn... The problem with farming is that the farmers are being abused by the companies they grow food for. For instance, constant, and unnecessary upgrades to facilates to keep the farmers in debt as they have to pick up the tab.

Farmers are traped for life to the companies they grow food for, free them from their companies so the farmers won't be in such debt, and the farmers with little land should be encouraged to move to the cities. The larger the farms the better, as less people will be stuck there. There is one very simple way for EU to get back on track. Stop the immigrant floods from muslim countries.

I am not familiar enough with expenses on governments; however, I suggest raising revenue through increased sales tax on recreational items. I'm not sure how it works in Europe but in America I believe sales tax are reserved for city and state revenue. I would overturn that and allow the federal government to use sales tax as well. I would also do away with taxation on items of necessity nationwide (food, clothing, etc.), income taxes, and direct taxes on businesses.

Instead by shifting all taxation to luxury expenses a fair distribution of taxes is met without complicated regulations. This is because those that don't have the money to spend will obviously not be buying anything. Those that are better off will buy a considerable amount. If they think they are paying too much in taxes, they can simply not buy as much.

Also, they will no longer be able to use the excuse that harsh taxes cut into job opportunities since businesses would not be taxed. If they are being taxed too much that means they are buying too much and obviously not putting it towards creating jobs. Furthermore, this would also cut down on corporate corruption given that the loopholes businesses use to get out of taxes would be removed.


How do you breathe again?