When you say hits, do you mean posts or views? 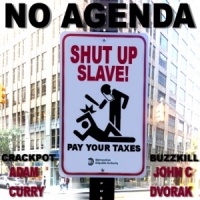 No open world/sandbox/emergent game play category...I could further disagree with the results as Bulletstorm getting best FPS of the year was a good laugh, yet I will not.

I agree Skyrim is a game of the year contender, yet to not have a category for Batman: Arkham City to win is thoroughly disappointing and intriguing. Disappointing in that I thought it was a well done, latest iteration of Arkham Asylum. Intriguing in that not having a best open world/sandbox/emergent game play game is quite old school.

Overall, I can't quibble with the winners. All great games.

we toyed around with the idea of an open world category but found we couldn't really populate it enough to our liking.  If there aren't atleast three games that are reasonable contendors for an award any given year I'd rather take the award out than give a game an award just for being one of the few games in the genre to actually release.

It's like the fact that even though I love SRPGs there weren't enough of them to populate a reasonable category this year so we fold them into Strategy as a whole.

The funny thing is...can you think of any FPS games that are objectively better?

Modern Warfare 3 was a multiplayer expansion pack, the campaign was a veritable joke (less than 4 hours long)
Battlefield 3 had an even more dismal campaign and was just as brown and grey as every other shooter
Killzone 3 was good most of the way through, but fell apart at the end and had lackluster multiplayer
Crysis 2 was good as well, but nothing special aside from "oooh, pretty"
I personally was a huge fan of Resistance 3 (I wrote the review), but realistically it was just a nice retro styled game, nothing more
Halo Anniversary was....a remake, so it's basically exempt
RAGE was pretty generic
FEAR3 was...do I need to continue?

Bulletstorm may have been silly, but it actually had a shred of originality and innovation.  The Graphics were rather unique compared to other FPS games (not just brown and grey, but lots of yellow, blue, orange, and even green), the Kill with Skill system was a load of fun, and the campaign lasted longer than a football fan's average beer fart.  While I don't think ANY FPS game was far and away better than the competition, Bulletstorm was the only one I think really tried anything new or interesting, and the only one not just content to half-ass a cookie cutter sequel.  my own personal votes have only Resistance 3 and Bulletstorm as legit contenders (Resistance was a nice retro style, great graphics/audio/plot/setting, not to mention flawless controls), but Bulletstorm won becuase it was the only thing NEW.

*cries* I'm sorry!  I made an honest mistake!  if I could take it back I would, and at the time I'd not spent much time in skyrim but I needed to vote and....I let public perceptions and review scores sway me!  If it's any consolation, I think the two are pretty close overall quality wise.

Both I guess, but mainly views. These articles get a mere fraction of the views they used to, although that's probably to be blamed on gamrFeed as a whole. It's crazy to think that some of the news articles on this site used to get over 200,000 views.