You're absolutely right that the games sell the consoles, but even then it will be a tough sell at such a high price point because of the reasons i listed earlier.  And going back to the SNES for a minute... while it had a good launch in North America (and it came with 2 controllers and a brand new Mario game for $199... not too shabby), it struggled to keep up with the Genesis in sales until late '93-'94.  Also, keep in mind, the PS360 gamers already have access to the games that they love the most... they aren't going to drop money on a Wii U for multiplatform games like the next COD, Madden, and others that they will just end up getting for their existing consoles anyway.  Nintendo will have to have some serious exclusives to get them to jump ship... Mario and Zelda alone just aren't gonna cut it next generation.  And the casuals already have access to the Wii and 360 w/ Kinect much cheaper than $400, so they might not see a reason to pick one up so soon just because of the tablet gimmick, the same way they initially shied away from the 3DS and its 3D gimmick that Nintendo foolishly thought would create an immediate Wii-like demand for the handheld.

My point is that pricing the console so high initially will prove to be a barrier for many gamers of all types simply because they won't see the console as a good value for what it is, just like what happened to several other major consoles over the years like the Saturn, the PS3, the 3DS (for its first 6 months) and now the Vita too.  Making it more affordable right off the bat like around the $300 mark gives Nintendo an immediate edge going into the next generation, where the next batch of Sony and M$ consoles will most likely land at around $350-$400 the following year.  Nintendo can't afford to waste their year-long headstart over the competition (a luxury they have never had in the post-NES era) by getting off to a sluggish start and hurting themselves by pricing the Wii U out of its target audience's range.

That's not even close to the same thing.  If the PS Vita had almost the exact same visual capabilities of the DS, a 7 year old system, with the same exact 3rd party multiplatform games, with the only differences being the back touchpad and bigger screen, and Sony released it at more than double what the DS was going for today, then that would be an accurate comparison.

LOL. You really think the Wii U will be that powerful? It will be AT MOST 2x as powerful and even that is unlikely. 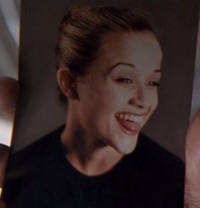 You should just have said "common sense" Im basically new to the online community so I sometimes make wild predictions..

It will be 7 years from the time the XBox 360 was released to the release of the Wii U, the hardware required to make a system that is 4 times as powerful is several years old, inexpensive and could be made very energy efficient. Those people who believe Nintendo could not release a system that is at least 4 times as powerful are the delusional ones.

You know, I agree with an awful lot of what you've said here and point taken about the SNES. If Nintendo cannot produce compelling "must-have" games, exclusive to the Wii U, the console will fail in the marketplace. Existing PS3 and XB360 owners will see no compelling reason to fork out money for a console with no compelling games. What I am arguing though is that this can occur at a $250 price point, just as easily as a $400 one. It's all a question of value.

My invocation of the SNES launch was a means of illustrating that customers can see value, and, crucially, engage in decent market adoption at a $400 price point. It's all dependent on key variables though. If the Wii U's hardware is sufficiently ahead of the PS360's to justify the price in the eyes of consumers and if Nintendo can offer a compelling selection of exclusive games for the system it can potentially sell well, like the SNES and the PS2 before it, at $400. I know you are not arguing that price is everything but it still should be stated that a $300 launch price will not lessen the need for Nintendo to produce compelling software to convince existing PS360 owners to purchase the Wii U. The Gamecube was priced very competitively at $199 versus the PS2 (at $299) during the all-important holiday 2001 period. The PS2, however, slaughtered the Gamecube. The reason? Consumers were willing to fork out a hell of a lot more money ($140 by today's standards) for the PS2, simply because they felt it had  better games to offer. That episode is an important illustration of how much more important games are than pricing.

Then you can't say folks with HD systems can't get another. Some people may have got a 360 and PS3 and they are basically doing the same thing. It's those Nintendo haters who won't get WiiU it not whether the person has one or not. There are people who owns all system no matter what is offered. And saying DS and Vita is close same thing is ignorant. They are both handhelds that uses touch screen.  Vita being 7 year old will be the PSP with Touch Screen.

I like how people this site tries to prove me wrong or make me look stupid on every post I make. Worst than GameFaq.

I would love there to be two SKUs for the Wii U. One for $299 and one for $399. Have the $399 sku have a massive hard drive, blu-ray disc playback (I wish), and maybe an extra controller. The other one is just the system itself with a controller.