You seem intent on trashing the 360 though, keep it up, you won't last long.

I'm pretty sure the PS3 has beat the 360 almost every week this year. Its the only reason has a lead on the 360 this year.

The 360 is obviously stronger in the holidays since Microsoft are marketing geniuses. The Skyrim sales are great, however I believe they could relatively easily be better.  With a little more marketing effort and sense Bethesda could easily have seen higher PS3 sales than they did IMHO.  Like most developers more associated with 360 they seem to struggle to shake free of the reputation of previous titles.  They should have looked at how Valve handled Portal 2.

Still great sales - and great game - but it just maddens me to see multi-platform titles allowed to slump (relativly speaking) on one platform vs another due to basic marketing errors.

In terms of 360 outselling PS3 it's simply down to having the bigger market for this time of year and the right deals and momentum.  The PS3 outsold the 360 earlier in the year for the same reason really, outside of holidays the general demand outside US is higher, during this period US often has more demand than other territories so the advantage flips from PS3 to 360 for a while.

BTW I bet you're enjoying Skyrim, right?  I bought two copies by mistake but I might swap one for a console version rather than return it just to directly compare console to PC.

who the hell is trashing the 360

oh and cleaver leaving out 2010, I wonder why *rolls eyes* 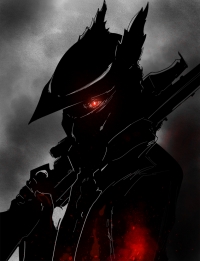 Both Fable 3 and Halo Reach sales are mosly from bundles?

We will get HW adjustments but not SW since these are hardly ever changed if game is multiplat. Anyway we still get enough figures to guess close to correct figures and it seem thats not enough.

1. no I'm not, I'm just not congratulating nor am I shocked it did roughly the same as it did last year

2. Jesus Christ man do you know what happens to a console when it's official price drops lower than $199, there's literally a similarity between every console, do you not know what that is....

3. a bundle and or/including a deal in almost EVERY major territory on the biggest game of the year that have only gotten bigger...EVERY YEAR,  during the holiday no less. really? how low did you guys think it was going to do??? 10k... 11k??? honest question