ok so now knock of the tv losses of about 1bn per year and you are in a loss situation, before any other losses they incurred... believe me there are some.

Also, I never said it was their only problem.

"Your whole tone is that Sony is sounding its death rattle and is going to need massive overhaul to stay alive, right? You offered suggestions as to what to change but really, the only reason they are posting losses is because of the tsunami."

You agree with the economists who say that Sony needs to fix some things so that DESPITE (given your dismissal of the tsunami) any potential disasters, they'd still be making money. That is sound advice. The problem with your post is simple. That is the most general, bland sound advice that you could give to any company. You take nothing into consideration, just that there are areas that are struggling, and should be removed.

YET, your tone is of such desperate nature, and overexaggeration that it really just looks like you're ringing the death bell for Sony. Maybe that's not what you're doing at all. My point, (which you've dismissed by saying it's my only argument) is that Sony would have profitted without a tsunami, and in that context, my previous post "you post articles like this and still believe that Sony is somehow fucked in the business department", should make more sense. Sony isn't as fucked as you make them out to be.

Imagining a context where Sony hasn't had a tsunami, your article should have read something like, "sony struggling in X, needs to fix Y. They're doing pretty average, but missing a lot of opportunity". That headline, that I wrote just now <------ is what their actual situation is right now, except with a tsunami on top of it. They are not fucked. They are missing some opportunity, and doing some things wrong, but they are not desperate enough to become "first and foremost, media suppliers" (your words).

Also, you are a crude and disgusting person for saying that there isn't a Tsunami next quarter. You are seriously messed up. Seek therapy. 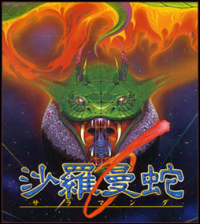 You sir, are a gentleman.

The gameing group inside the division probably is the only "safe harbour" currently within Sony. Notice they did not shut down any game developers they own/control which would be an easy spot to save money. Hardware prices are probably at a point where no further reductions can take place without makeing losses again, given the strong yen, exploding harddisk prices. On other fronts, why they bought out Sony Ericsson instead of gutting the cell phone market is anyone's guess. When you hear Sony starting to shut down Japanese factories one day, then it is time to start worrying.

Seriously, wtf? You completely misread his post. He is saying Sony had a bad Q this Q, and the next will be bad (assuming) and the next without there being a tsunami, meaning you can't soely blame the tsunami. He isn't saying anything of the sort that somehow suggests he wants or likes a tsunami or anything you can attack him for there ....

Look at it from our perspective. Would you entrust PS3 fans with posting unfavorable news 'bout SON¥? That's our job. If you happen to come by something negative 'bout MS in the internet, knock yourself out.

but then that would make me a utterly pathetic troll.......no one likes a troll 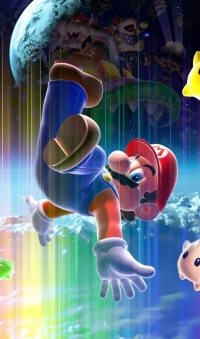 This is bad news for Nintendo fans. Without the PlayStation brand, we won't be able to enjoy our awesome third party games.