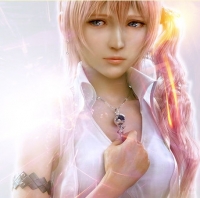 I've been considering getting StarCraft Anthology from the Blizzard Store, but I'm still on the fence because I'm rather mediocre at most RTS games. On a scale of 1 to 10, how would you rate the campaign in terms of difficulty? With 1 being as hard as, say, Reign of Chaos, and 10 being as hard as the Orc campaign in Beyond the Dark Portal?

I've also been meaning to buy Diablo I & II, but just haven't gotten around to it.

The StarCraft missions range from very easy (build a supply depot and 10 marines) to medium-high difficulty but the missions in Brood War can get really hard, especially the last Zerg Mission.

Yeah... like Truck said, it's not too difficult, but the later missions can get pretty tough (especially in Brood War). I'd give it a 3-4 personally.

To be honest, I'm not anything special in RTS games either. But somehow I manage to make it through.

Sounds about as hard as Tides of Darkness.

I think I can manage that.

#26) Sonic CD (Listing every platform would take half a day)

For some reason, every Sonic fan I run into thinks this is either the best Sonic game ever, or one of the worst. To the first group, I point out the lackluster soundtrack and the weird physics. And to the second group, I say nothing, because if they can't appreciate the excellent level design and special stages, or the inventive time travel mechanic which is sure to make every playthrough unique, they're obviously not capable of thinking properly.

So many good memories of this game.

Dude, I'm really beginning to think you should give up the hobby.  Almost every entry I've seen you post has been basically "this sucks" and "that sucks" and "this part of the game really ruined it for me".  If you can only find a few occasional nice things to say about even your favorite games, I really think you'd be better off doing something else.

Hell, I could criticise my favorite games, but the point of making a "FAVORITE GAMES OF ALL TIME" list is to look at the good, reminisce, and enjoy, not rip them to shreds.

I originally had it on PS1 but the load time were annoying so bought a cheap PC copy with no load times.  Point and click perfection this series, great story driven games, great challenging puzzles, great humour that keeps you playing even when stuck.  Nicole isn't anywhere near as funny is George though and you needed play as her in this one.

Screw the haters, this is the best co-op game made this gen.  Every other co-op game with the exception of a few crappy ones just uses a single player game and throws in a co-op buddy.  This thing is design around co-op and has the perfect pace to make it matter.  Wesker was awesome in it and left behind more great quotes than the series combined.

The tanks gameplay was what made this great, so simple yet fun, Tank Pong especially.  The other modes/vehicles were mostly good too.  If you owned an Atari 2600 you probably owned this.

The first time I played a side view 2D RPG. Wow what an awesome game. I loved it from start to finish and it's a pretty long game. The battle system is very well done. The environments are beautiful, varied and fun to explore. The gameplay itself is all round great.

This game took my by surprise, I did not expect to have as much fun with it as I did.

This is true for almost any JRPG. Lost Odyssey I thought had a much cooler box art for EU, and it's a shame. US boxarts for JRPG's are usually so basic and bland.