MGS4 is a true masterpiece. Its' story is one of the best I've seen in a videogame, the voice acting and sound is great and the improved gameplay made this a bigger joy to play than older MGS games.

Can't agree more with this, that part was really awesome. I think my favourite parts in the game (regarding music) were the final battle against Liquid and during the conversation in the end with boss Big Boss. Simply amazing! Mario Kart 64 was the first Mario Kart I owned, but it wasn't the first one I played, as I wasted many an hour playing the original Super Mario Kart on a friends SNES, but if I'm honest with myself I never loved that game. Then on Christmas day in 1997, I received this along with an N64 console, which made for a great Christmas, but it was also the moment I truly started to love the franchise, and that's why this is my favourite Mario Kart. My character of choice was Yoshi, and that's something I generally stick with in every Mario Kart today. My favourite tracks were probably Bowser's Castle and Sherbet Land, and on top of that I'd say I quite enjoyed Rainbow Road despite a lack of hazards purely because it has the best music of any Rainbow Road so far. Oh, Believe you me, I've tried to get it, but the game is quite hard to find 'round these parts. I did find one website that allegedly had a copy, but when the package arrived, it turns out it was just the original game. In Swedish. >:-I

Maybe one of these days I'll just download it.

The original Age of Empires is my highest rated RTS game. It might not have been as amazing in multiplayer as Age 2 and it might not have the outrageous units of Age of Mythology but there's an old school charm to this game... or maybe it's just because it was my first RTS! This and the original Starcraft came out at similar time, and they were both fantastic introductions into the RTS world.

Part of what made me enjoy this so much though was the setting. Guiding a civilisation from its early roots to the height of an empire really struck a cord with me, more so than the sequels. It is part of a small collection of games that must always be installed on my PC for instant access when I have that nostalgic feeling and it actually still holds up pretty well for a game that is over 13 years old. The graphics are obviously dated (although not as much as you might think) and the AI frustrating by todays standards but the solid balanced gameplay of the Age of Empires series doesn't age.

The Rise of Rome expansion also added 4 new civilisations including Rome and Carthage, some extra defensive units to balance the game further and upped the population limit for multiplayer to 200 from 50.

Spiritiual successor to Baldurs Gate, 5 years in the making and with a unique twist with the 6 different Origin stories. Last year this only made no. 15 but I had yet to play all the origin stories. Seems I had left some of the best until last because the Dwarven commoner storyline was one of the best origin story in the game and has helped to push this game to no. 10. I've also had a chance to play the Awakening expansion which was good, although not quite as entertaining as the main game and Dragon Age II, which was pretty poor and actually helped highlight everything the makes this game great. 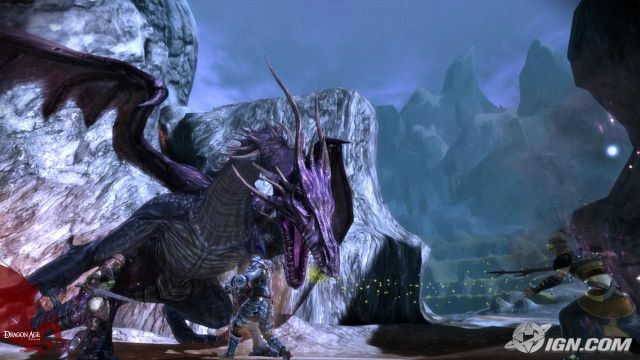 The story is your basic modern fantasy fare; Tolkien-like but much darker (characters would frequently get covered in masses of blood to the point of looking like Kratos). However, what it lacks in orginality it makes up for in old-school gameplay and a mix of interesting characters ranging from the sterotypical (Alistair) to the bizzare (Morrigan, Zevran). The Origin stories were an especially interesting route with some rather unique twists for each one. A great RPG from Bioware. I really hope Dragon Age 3 takes more from this than Dragon Age 2.

Looks like a lot of people have a kart racing game in/near the top 10.

I'm not the biggest fan of the fifth generation of video games, (a fact which I have broadcasted on numerous occasions over the course of this list) but there is a handful of games from that period that I still enjoy, namely most of Naughty Dog's output.

CTR contains some (Oh, who am I kidding?) most of the most memorable and well-designed tracks in the history of the genre. It's excellently balanced, infinitely replayable, and it has the best controls of any kart racer I've played in my life. (And the game was made in an era where awkward controls were the norm, no less)

Maybe I'm looking though rose-tinted glasses. But over the years, I've grown to hate just about every other game I grew up with, so I don't think it's just simple nostalgia.

Pokemon Gold and Silver (but mostly Silver :P) at number 9. This being the Pokemon game that looms largest in my imagination

Conker's Bad Fur Day came out in a time where the Nintendo 64 was old news. The next generation was already on the forefront with new games (with better graphics!), but if you paid attention you noticed that Rare released their final game on Nintendo's aging system... and to me it was their greatest achievement. Conker's Bad Fur day is a brilliant game for a multitude of reasons. The constant morphing gameplay styles (from Platformer to Racer to Third Person Shooter and everything else you can think of. And every single part is as fun as the other), the awesome and addictive multiplayer modes, and the fantastic humor made this a game unlike any other. The game is so unique and well done that it's simply an unforgettable experience. There's been so many smiles, laughter, and screams (those Zombie Squirrels scared me!) while playing this game... and I wouldn't trade it for anything.

Metroid Prime is one of the most (if not the most) atmospheric games I've ever played. I've never felt so alone in a game before... on a planet that is filled with crumbling ruins, beautiful landscapes, deadly flora and fauna, and a secret that will change the course of the universe. The game's brilliance comes from it's ability to merge you as the player with the protagonist Samus Aran, to the point where it really feels like you are the one who is investigating this long forgotten planet. Every corner holds a secret, every boss encounter is incredibly intimidating, every new area takes your breath away (looking at you Phendrana Drifts). Metroid Prime was actually my first Metroid game, and it turns out that it's also one of the most brilliant games I've ever played. Truly a classic.