Would China militarily intervene in a future Korean conflict?

North Korea would never attack. Kim Jong wants to actually be the leader of a country rather then dead. If he attacks, North Korea would get destroyed. China would not side with them. Their entire economy is completely depended on selling goods to the US and its allies. I am a realist here. Lets ask ourselves some questions.

I do not believe so. Russia may be a big trading partner, but Russia is not everything and everybody.

Second, is China's military as ready and experienced as the South Korean military or the US military? The South Koreans have been in a cold war with North Korea since the 1950s. They know their geography, the choke points, and kill points of the land through and through. Same goes for North Korea.

As for the USA lets see: Korea, Vietnam, Iraq x2, the Balkans, and Afghanistan. No other county has the sheer amount of experience in modern, urban warfare as the United States of America. Also, drones anyone?

What military experience does the Chinese military have besides marching in parades and bullying some Tibetan monks who would sooner set themselves on fire than pick up a gun, much less a bo staff?

Third, can China afford to militarily intervene in a war in the Korean peninsula?

Sure, just like Iran could afford sending expertise and weapons into Iraq. Whether they have the balls to send troops wearing Chinese fatigues is the question. Then again, one can tell a Chinese from a Koreanv very easily, while the difference between an Iranian and Iraqi is not as clear cut. If China did send troops not in uniform, they would be killed and exposed.

Honestly, I don't think China would risk much if the Koreans went at it. If they backed North Korea full on, then they could kiss Europe and North America as a market good bye. Good luck supporting a 8 to 10% growth and a growing middle class by selling to Russia and a bunch of third world nations.

Actually the Chinese will have their own drones really soon now.  That governmental hacking unit is really paying off. 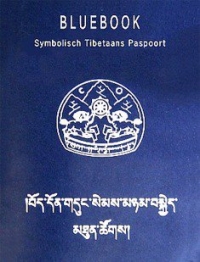 China has better relationships with South Korea not only in term of diplomacy but also including the population who mostly dislike North Koreans and like/love South Koreans.

You guys apparently seem to think China would be fine with the US having military presence at its border literally. China would never let that happen which is why they wouldn't back off the Korean conflict so easily.

This is the reason I believe America should stop having bases in South Korea. If the US agrees to let go of its bases, then I believe the conflict would sort itself out with South Korea winning the war. However, note that it's not good either for South Korea to win the war, since they are so much more advanced than north koreans. all your base are belong to us

China only needs to conscript 1% of it's population and the world is fucked. If China got involved they would aid the South.

4. Add the most important reason: business. Even if NK buys weapons, other tech and goods and food from China, it's a country on the brink of economic catastrophe and a market far less important than SK and any other reasonably sized developed country.