Can someone do more comparison pics between wii and emulator versions please?

(just for reference, there are incredible videos on youtube too)

.
I have settings for each of my games saved into steam so i can launch my Wii Games from steam. Boots right to the game using my custom settings for that game when i click the games icon bypassing the emus menus etc.
Pretty good i have some ps2 games set up this way too.
Anyway after using Dophin to play my wii games i dont even use my original Wii no more.
If i get a chance later ill see if i can get some pics of games up 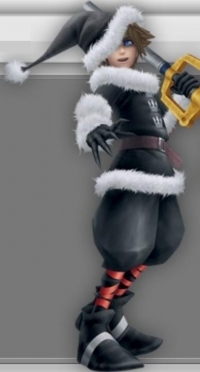 I don´t know if someone already posted this link, but there are some very nice screenshots in the thread.

i wouldn't be surprised if the emulator was able to run wiiu-isos in about 2 years - fail0verflow is already at the wiiu and the specs from wiiu seem quite similar to gc/wii.

Somehow i expect the 360 to be emulated before the Wiiu or the PS3.

And i dont expect a working emu for any of them 3 consoles in the next 2 years.

4+ Years id say it will take us to start seeing them consoles being emulated in a state that games can be run.

the 360? well, there isn't even an emulator (a good working one...) for the first xbox so i highly doubt this will ever exist. ps3 is even far more out of reach - the security-system is down but it will be quite impossible to emulate the spe's - most probably no one will ever do the work.

the wiiu seems to be very close to its predecessors so why not? perhaps the isa is different but i think they added not very much new opcodes. the gpu could be problematic but we will see how hackers will open this, too. the thing is: a whole lot of work is already done.

but still: even if it's possible no one knows at what speed it would run...

Both 720 and PS4 will be very similar to a PC: CPU, GPU, RAM. I expect games could be made to run on a PC fairly easily as long as there isn't other custom hardware we don't know about.

The is also no working WiiU emu or even signs of one. Dolphine emulating the Wii is nothing to do with it as the WiiU is running on newer hardware with more powerful CPU and GPU then whats in the Wii.

Even on very powerfull hardware the is some wii games that give slow down etc when maxed out using dophin.

Trust me emulating the WiiU will be no more easier then emulating a 360.

As for the PS3 it will be emulated but it wont be an easy task just like with PCSX2 at first or the saturn emus when they first started working on them.

But then saying that i could be wrong and we could see a WiiU emu before we see a 360 one but somehow i think we will be seeing a 360 emu first.

Also the original xbox could of been emulated if enough talented people took the time, it was pretty much a PC at the end of the day. I guess all the great emu devs where working on PCSX2 and Dolphin?? xD .

It would be nice to play some Wii games at a higher resolution with AA enabled but I'm not overly fussed, got far too many games to play on Steam as it is.