Everyone should remain pure until marriage.

Forums - General Discussion - Everyone should remain pure until marriage. yeah, you keep sayin that to yourself, see where it will get you

Where do i start at?

Let people go have sex with who ever they want, We shouldn't live our 21st century life based on a book written more than 2000 years ago.

Also, 99% of people (who claim to be Christans or believe in jesus/god) are going to hell. God CLEARLY says Dont worship anyone other than him, but people are worship JESUS and these phony preachers. Its a sin (But feel free to make some excuse up to void this because we all know its true)

I always find it delightfully funny how christians use the concept of marriage so freely as a binding contract that their own religion invented. Nevermind that marriage itself is a concept that came from the ancient celtic tribes in Europe, with ceremonies such as the hand-fasting and marriage itself.

Anyway having said that, I believe in the concept that everyone is free to choose what to do with his/her own body. I'm not going to discuss the christian theology of sin and vice, because that'll end up in an endless chain of comments from rebuttals from my Wiccan point of view. Everyone's entitled to their own feelings regarding this matter, just as long as they don't try to shove them down everyone else's throat.

Live and let live, without judging one another.

I'm quite sure that the concept of marriage is much older than that, considering that it's practiced by virtually all cultures. what if you marry for money but keep your virginity until you're married? Does half of your soul go to heaven and the other half to hell? Do they cancel themselves out? Does god have a sin rating system?

To be really honest, you're completely right. Marriage itself, as a concept, has it's roots on the nomad tribes of the early humans circa 10.000 AD, but it's "modern" roots are similar to those practiced by the celtic tribes of ancient Europe

Yes, specific practices in the West probably come from there. The important thing though is that the concept itself is extremely old, so old that it's impossible to know when exactly it originated. And it's most certainly much older than any religion today (and possibly predates the concept of religion as a whole).

That's like saying that if you avoid certain other carcinogens smoking should be fine. There are a multitude of ways to avoid cancer, just because you're doing some of them doesn't mean it's rational not to do the others. 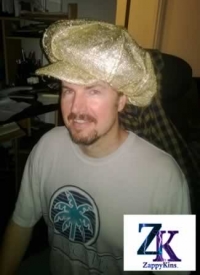 As someone that has performed over 700 marriages - I hope each and every person I have married has had sex with the person that they marry. (except the couples in their 90's - I'm not sure if they were having sex.)

It distorts the purpose of marriage from pledging your life loving, honoring, and cherishing someone and making a family together - to just getting permission to have sex. Marriage is so much more than just having sex, or at least it should be. Sex should be part of a great marriage, just like laughter and enjoying gaming together.

I grew up with that myth, that people shouldn't have sex until they are married, and I think it's a horrible injustice people press on children. I'm not saying go have reckless crazy sex - but responsible sex is part of growing up and knowing what kind of partner you would be and what you want. Like going to a movie, a restaurant or traveling to another country - it broaden your horizons and makes you a more full aware person. (And yes, people die and get weird diseases from those too.)

So, no, I do not think people should wait until marriage to have sex. No not at all.