Your opinions on charlie sheen

Just wondereing what you though about charlie sheen after all the recent media coverage and if you think he could get his career back on track?

I was just watching an inside the actors studio episode that has sheen on it and it was kinda sad to watch as it was from only about 2 years ago and it seemed like he was totally fine then, and they went through his career and i saw he actuallly did some great films, which makes it feel strange on whats happened to him latley.

Personally I've never cared much for him even before his meltdown. In fact, he's the main reason I never got into Two and a Half Men, as what I've seen of the show is decent and I do like Jon Cryer.

But since his recent tirades my opinion of him has plummeted much further. Sorry, just not a fan. I want to be like him when I grow up!

I dont have any issues with him, I like him as an actor in some things. I never understood why people gave him a hard time for doing what he does. Its his life let him live it how he wants too. There is nothing wrong with Charlie Sheen. I don't even consider what he did to be a 'meltdown'. Quite the opposite actually, I think it gave him even more exposure. There is a saying, there is no such thing as bad press. If you are in the news you must be newsworthy.

As far as his movies, and tv shows are concerned I haven't really been a big fan except for 'Platoon', 'Red Dawn' and 'Wall Street'.

www.splitreason.com | Video Game and Geek clothing for the masses!

Same here I actually enjoyed two and a half men even before the crazy nonsense.

He ruined Spin City. That's my opinion on him.

When you get a song named after you, Then you know your awesome. 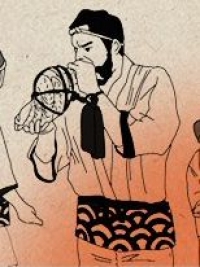 The guy is fucking WINNING. But in all seriousness, he's a pretty funny guy.