Are game journalist really that more competent than forum posters?

Journalists of all types are pretty poor... and yes, gaming ones are perhaps some of the worst.

I have realised this over the years of reading the garbage put out by the people that report on my chosen profession.

Financial journalists, when commenting on/reporting on the industry I know well and have been involved with for many years are really poor; full of sweeping generalisations (yes i see the irony), ill thought out comment, gossip, misdirection and inaccuracies . Talk to a lawyer, they will say the same, a doctor?... the same.

Journalists are parasites stealing a living by commenting on how others make a living.

Out of fairness, though, you guys do have a vetting process. That's what stops pretty much all of the bad user reviews from being reviewers. I'd guess that as an overall trend through the gaming industry, as an average, a "pro" review is better than a poster review, but some of the best poster reviews are better than most pro reviewers. 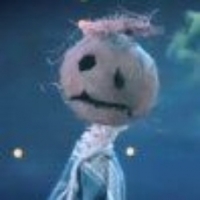 Pretty much this, and it doesn't just happen on this website. I saw it happen on one of the other websites I visit, where one of the regulars suddenly got a job working for a gaming magazine.

I'd say the majority are just like us except they happened to be in the right place at the right time, although I imagine the ability to write good and stuff would be important...

I would agree with that last bit, but that's because those amazingly good poster reviews are from someone who played the game to 100% completion and have the time to dedicate to that one title and eek out every bit of info they can.  If you review for a site and not just for your own enjoyment you obviously don't have that kind of time.  I can't ask that my reviewers actually 100% every game they get, best I can do is require that they beat the main game's campaign and atleast try all the side stuff, I think that's a happy medium between getting the review out quickly and making sure it's accurate for as much of the game as possible.

this right here.  i seriously don't know how it is legal to have advertisements be on a video game site that does video game reviews.

i mean look at every other business in the world.  they can't even get say a free lunch from a company they are thinking of doing business from.

yet here these sites basically 100% income is based on advertisements from GAMES that they are reviewing.  how can we expect them to be impartial at all?

Hey, don't get down on yourself about being able to write. The major difference is the amount of time (hopefully) spent on writing the story.

Most of the time I write forums posts in a few minutes when I want a break from work. IMO game journalists are more of a point of view then an actual objective review.

I agree there are a lot of great posters on this site which is why I keep coming back to it.

Yeah they are, see N4G user posts or gametrailers forums for proof As I see it, journalism in general (not specifically a game press) is a form of mass consciousness, that interpret reality and makes intellectual patterns out of it that are easily consumable by general public, thus influence people by forming a specific world-view. Despite how insignificant gaming might occur it demonstrates how this self-regulating, though not essentially protected from outside influence, mechanism works in a nutshell. Everyone who has been on gaming forums for year or two should have been familiar with few ineradicable and inherent to various groups of gamers myths and dozens of their derivatives, which exist for decades. Though the latter is understandable, as long as human cognition for the most part works on the basis of myth. Of course, even not being a professional journalist everyone who communicates - participates by influencing and being influenced, but professionals got bigger outlets and in general do it better regarldess of how competent what they say is.

Confusion arises why certain professional journalist despite seemingly not being more competent than regular forum posters are getting paid when you're not? The reason for confusion is misconception about professional journalists key function in said mechanism, which practically the same as the function of various other 'professional' participants of information field we're living in. Say, let's take Michael Pachter for example. How competent he is? Very much, in fact, because the whole point of analyst to make predictions is to manipulate public and, more importantly, investors' opinion. It's not his job to inform anyone by making right predictions. The same could be seen in the world outside of gaming. Last year there were couple of lawsuits against few US CRAs, as if those agencies wasn't competent enough, or nobody among insiders wasn't aware of the fact that ratings were shamelessly overrated.

Right place at the right time? You mean those enormous recruitment drives like the one we had two months ago where everyone is invited to apply?

Of course they are its their job.