"Eventually us humans are going to devolve into complete idiots one day with no real instincts. lol."

that's the only sentence i would agree. But i think the "us" is the user you described. no offense. it's your own logical conclusion. 3 years contract, well... good luck

I don't understand this irrational fear of cell phone contracts. Maybe things work differently over there in the UK. The cancellation fees for cellphone contracts are much more reasonable than they used to be. I bought my phone outright because I wanted greater flexibility. But if you use a lot of voice airtime or lots of mobile data, you're better off getting a phone for like $0 and signing the 3 year contract because the carriers will offer you plans with a better deal (ie. free evenings and weekends) if you commit to 3 years.

Btw they also have entry-level Android smartphones on the market for cheap anyway if you don't want to put down $500 plus on a phone upfront or sign a 2 to 3 year contract. And they can be bought for significantly cheaper than a 3DS, which is just a dedicated gaming handheld that doesn't really do anything decently other than play games.

I think dedicated gaming handhelds still have a place in gaming. But the 3D direction of the system is going to unnecessarily alienate a lot of people (whether it be people who can't see 3D properly, people who get eyestrain/headaches/sick from it, the mass market gamer that wants pick up and play and not home console experiences on the go, jacking up the price of games to $40, parents who are going to get scared about the system will fuck up their kids' eyes because of the warning labels, people who are pissed off about the battery life, people who are pissed off that the D-Pad is on the bottom, people who think $250 is too much for a dedicated gaming handheld, etc.) And the fact that it's called a 3DS is going to make people think that it's just a new DS redesign like the DS Lite and DSi was but with teh 3D.  And I really don't see game developers focusing on making 2D-only experiences for the 3DS when the whole point of the 3DS is the 3D. As a result, 3D is going to be tacked on needlessly worse than Motion Controls were tacked on with Wii games. Just like how Hollywood is in shambles because they tack on 3D to shit and try to sell it off as great.

Obviously the ngp will require more power but they may be able to implement a better a better or more efficient power system than nintendo... btw "They are not magically better system integrators than Nintendo" no not through magic, of course since sony is an electronics giant i would expect them to have more applitude in electronics than nintendo

@loves2splooge you went on a bit of a tirade, but i agree with what most everything you have said. Especially the Brain Age part. Most people in their right mind are not going to want to plunk down 40 bucks versus the 5-10 they can pay on the smart phones they have or will get. However i think Ninty and even Sony knows this and they will just have those games on their DL stores. Sony has been doing it a lot with their PSN minis and Ninty with their DSi stores, all they need is to have better games and more attention drawn to it. It MIGHT slow down the mobile games 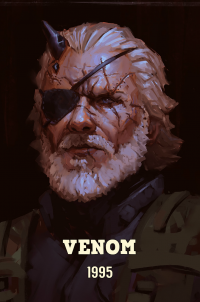 The NGP price definly wont be lower then the 3DS but i dont think itll be higher then 300$ (Well the 3G version probly will) The 3DS cost Nintendo 101-103$ to make right? Sony have said that they will be selling the NGP at a loss...This is why i find it hard to beleve the NGP will cost x3 more then the 3DS manufactoring costs if they plan to sell the NGP at a loss

I also think the bettery life should be pretty decent because of the OLED screen. Most screens on handheld devices are LCD screens with backlight behind it. But the OLED is plastic and does not need a backlight thus = it basicly uses no power at all, and we all know what consumes most of the power in handheld devices...the LCD screen and its backlight. (OLEDs are also pretty cheap to make)

Buy whatever the hell you want. Me personally? Im buying the 3DS cause im dam sure Nintendo will have better 3rd party support and original games for it. Im not buying one now cause it has no games that interest me at the moment but im confident after E3 they will have interesting stuff thats going to push sales.

So what if a 3DS cost 100 dollars to make. They have to make back money that they spent in research and development, shipments and paying their employees/ rent for the company building etc. Its basic business knowledge. An Iphone 4 cost a lot less to make but is a hell of a lot more expensive than a 3DS and no one complains about that. If Nintendo is making a profit im sure its not even that much and when they make back the money for R&D thats when you will see price drops.

That wasnt what i was trying to point out

Your link conflicts with other results. 3D TV sales also increased 90% YOY 2009-2010, and are expected to increase more than 100% 2011 - 2010, with more than 15 million 3D sets sold in the US alone this year. It's hardly a "bursting bubble" like many, yourself included, seem to hope it will be. Of course, this is good news for Sony as well, as 3D permeates the home they are one of the few people offering 3D home content.

As for your prediction about the mobile market, it's sort of true, sort of not. They certainly took a bite out of it, and I expect NGP and 3DS to decrease in sales significantly from their predecessors. I predict 40-50 million lifetime for NGP and 80-100 million lifetime for 3DS. Big declines from the PSP and DS, but still enough to be incredibly successful systems.

ok then sorry.....im used to people arguing  the 3DS cost $100 thats its not worth the price. guess i jumped to conclusions to quick.