Does PSN problem = Red Ring of death.. in losses for Sony??

How many ps3 make a mile, I can't imagine it being more then a couple hundred, so I'd say yes they are

well actually it would be leading by around 109 miles. 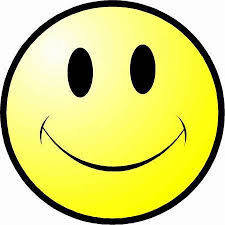 lol Not even close. I bet the RROD FIASCO is still the cause many potential consumers distrut Microsoft's console to this day (yes, even the new slim one) , specially Europeans who seem to know better.... Only time will tell.

Overall risk to consumers is FAR greater for this than RRoD.  Possibly replacing a sub-$400 console vs having your identity possibly stolen shouldn't even be a discussion.

Seriously, its a shame how even something like this turns into a fanboy war here.  The weight of this shouldn't be anymore minimized NOW than the weight of RRoD back then.  Both are horrible and neither paints the respective companies in a good light.  Most importantly, both affect customers in a bad way.

So don't be offended if people jump all over this incident.  It's well deserved.

How long is that compared to the 360 and wii, if they are longer it might be leading by less or more if they are shorter

Not really since nothing more then what people put on facebook was taken...

Well when people such as yourself go around blowing things out of proportion suggesting that it's possible identity theft could be a direct result of the intrusion it's no surprise that people freak out. A name, address, and telephone number don't make an identity. That's facebook biography crap. The only danger people are of having their identities stolen are if they are phished through their mail/phone and tricked into supplying their entire social security number. Needless to say anybody stupid enough to fall for that has no right holding Sony liable. The much more real worry, though equally unlikely problem, is credit card fraud. There's nothing to suggest that the encripted credit card and debit card numbers supplied to Sony had been compromised though Sony can't acertain for certain that they hadn't. Basically there is a 50% chance that not a single person's credit card number was stolen and based on the fact that there don't appear to be a string of reports suggesting that they were, I'm betting they weren't compromised.
But just for argument's sake let's say that credit card information was leaked. I'm not sure about other countries but in America people are protected against fraud on their credit cards and for 30 days after recieving their financial report on debit cards. So even in the unlikely worse case scenerio, it would take a grossly neglegent person to even stand to lose any actual money.

It's crazy how people are making a mountain out of a anthill. Comparing this to the losses Microsoft incurred from the RRoD defect is also silly. That problem cost Microsoft over a billion dollars. Even with the lost revenue from the week without PSN, this situation almost certainly won't cost Sony even a tenth of that.