SONY LIED, GEOHOT DID NOT FLEE?

Reading is fun isn't it?

Or do you think that Geo has some kind of time machine in his room?

This trip was paid out and planned since Nov before this case happned so either you are wrong or we need to give this guy some kind of award for making time travel. 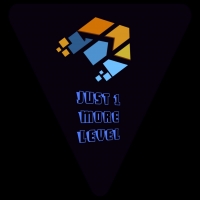 We have them for the same reason we have laws...to break them >:D Bwa ha ha ha

If you believe Geohot and his lawyer. If Geohot's donors found out that he took a trip to South America using their donations it would immediately turn the community against him. Sony knows this which is why they went out of their way to mention that Geohot had taken the trip without accusing him of fleeing or suggesting that he used his donations to fund it. It also presents a very poor impression to the Judge presiding over the case. Both Geohot and his lawyer have every reason to potentially lie about when the trip was planned and how it was paid for. Not doing so would hurt Geohot's case and the lawyer's reputation if he loses.

Even if it's true that the trip was planned and paid for prior to the lawsuit, it's extremely bad form for Geohot to go through with it. For one thing, it shows how little he really cares about the severity of this case. Perhaps it's just me, but if I were being sued by a multi-million dollar corporation for potentially hundreds of thousands of dollars for something that I thought was completely unjustified I'd be taking it a whole lot more seriously. Especially if I went out of my way to alienate that corporation by saying that they couldn't touch me and build myself up as some kind of selfless defender of consumer's rights. And then to top it all off, after all of my posturing, I have to beg to the public for funds with which to finance my case. No, I'm sorry. Again, maybe it's just me, but I think he's lost the privilege to treat this case so lightly.

Personally, If I had donated to Geohot, I'd be pissed right now. Not only is he not taking his case and by association my donation to his cause seriously, he's trashing his own defense by:
1. Taking a vacation during the middle of a the case showing a lack of concern over the allegations.
2. Lying about having a PSN account calling his integrity into question.
3. Sending in incomplete evidence to the third party for analyzing further calling his integrity into question.
This guy isn't doing his case any favors by alienating the judge to his innocence through lying and wasting the court's time and resources, all because he isn't taking things seriously.

Like anybody else, GeoHot is innocent until proven guilty. Whoever makes an accusation must prove it, at least in evolved countries.

Neither Sony nor I are accusing Geohot. It's up to anyone as individuals whether to trust Geohot on nothing but his word when he has so much to lose and after Sony has already shown that he's a liar.