Flop or not, it got the job done for those of us who truly wanted it! Yes, 1 million retail (1 million downloaded) is enough to warrant a sequel and maybe next time around, Microsoft will just handle the marketing a little better.

Try to remember this is a horror title, and outside of RE & Dead Space, very few horror franchises have done anything remarkable this gen. Wake is one of those games on any platform that deserved so much more from all angles, and a sequel might just be what kick starts the franchise into high gear!

It's not a horror game.

Anyways good to hear it sold that well and like a previous poster said it's probably over 2 million if you count the bundled downloadable codes. Didn't Forza 3 sell almost 1 million more because of those bundles. Good to hear it's a great game. 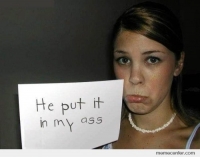 This game is awesome, but I don't think it will get a sequel.

It's very much a horror game.

It's a "Psychological Thriller" according to both Remedy and Microsoft I have played this game so many times that there is nothing scary about it. There are some heart pounding moments when surrounded by the taken and you just have to run to a light source to get away from them but I really wouldn't call this game a horror game overall.

Yes, its not a horror game. Its just coincidently intended to be scary and has countless cliches from horror games and movies. The public obviously did not perceive this as a horror title... nope.

Doesn't matter if you'd call it a horror game or not, it's still a horror game. Silent Hill 2 was also pegged as psychological thriller, but you won't find many (if any) that will argue that it's not a horror game. Remedy also admitted they had inspirations from past horror franchises that worked. If you truly have played it as much as you say, you'd remember the references to movies like The Shinning & other Stephen King works that do more than hint that you're playing a horror title.

I don't want to get in a tit-for-tat on semantics, but hardly anyone would argue that Wake isn't horror. It is and was treated as such (go to any horror gaming website and find Wake all over the place).

If anything, I'd argue that HEAVY RAIN is much less a horror game, but even some go as far to peg that as one as well.

News to me, I haven't read that anywhere. I'm reluctant to say it was a hit. But I would imagine they were able to break even.

If any game deserves these sales, it's this game. Awsome game. Looking forward to a sequel.