Predict : Which Games Will Be Delayed To 2012

Forums - Gaming Discussion - Predict : Which Games Will Be Delayed To 2012 It happens every year. This year is stacked with many games for every quarter of the year. Something is bound to get delayed. So what games do you think will get a 2012 release ? I predict :

has the last Guardian ever been given an official 2011 launch window. I think hope you are not right about Skyward Sword and Mass Effect 3. Versus was never coming this year. I think R & C: All 4 One will be pushed to early '12 and Max Payne 3 will be delayed up the ass for the eighth time.

I sure as hell hope ME3 won't get delayed into 2012, although it is highly like it will, into the first quarter though. It just looks soooo frigging awesome.

What about Deus Ex? I read somewhere that it got delayed into latter quarters already? 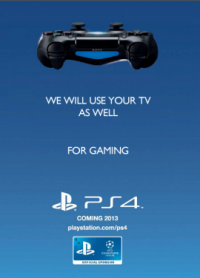 ME3 souldn't be late, since they didn't do very much  in the way of DLC, as expected.

zelda wont be delayed to 2012 i remember that they said they are on track with the game.

Mass Effect 3 is probably coming this year, I think BioWare know what they can do. I also don't think Zelda is going to miss 2011.

Even Duke Nukem Forever is coming this year, maybe many games won't be delayed this year =D

The Last Guardian and FF versusXIII don't have release date so they can't be delayed.

I will place my bet on Duke Nukem :D