Why did Gamecube get served???

Forums - Nintendo Discussion - Why did Gamecube get served???

To this day i still dont get how GC got beat that badly. I can understand why they couldnt topple PS2, but XBox??? How the hell did that sell more?? and why did it sell more??? Gamecube was actully outselling it in hte very beggining, but things went downhill fast. Was it the lack of DVD drive??? its not like DVD players were expensive. Was it the lack of a proper Mario launch game??? I would have thought the Ninty first party offering would have been enough to trounce the Xbox, it not like Xbox had exclusives comparable to Ninty's IMO. Most of the games worth a damn were avalaible on PS2. Maybe someone could shed some light, because there was no way that an upstart Xbox division should have toppled GC. It was cheaper had the Ninty characters and the controller was more comftable (not for fighters). Was Halo that good (ok, it was but still). When its all said and done, to me the Gamecube signified the end of an era. The day of dedicated home consoles died.  Now we have web browsers, Espn, HuluPlus, Netflix, Facebook, weather updates, Blurays, photoshops and all kinds of other crap that has little to do with games. Im not mad at it, but IMHO the GC was the last true gaming console. No DVD/Bluray crap, on online, no motion gimmicks. Just 100% gaming. Oh well I liked it.

I liked Xbox, it is quite surprising how a console without any solid IPs managed to trouce a ninty console. Mystery of the universe perhaps. And Xbox got discontinued faster lol, as if to rub salt into that wound. 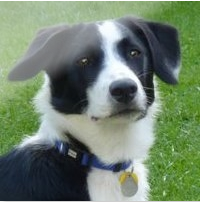 I'm guessing it was the lack of good (well-selling) Nintendo first party games. With the addition of 2D Mario alone, it would've easily topped 30m. Nintendo systems generally seem to sell on almost nothing other than first party games. Plus, its demographic was way different from that of the GBA, so it couldn't borrow from its success.

I'm going to go with stiff competition. The PS2 was a monster last gen, and the Xbox was the newcomer with Halo and online gaming. The gamecube just lacked anothing that stood out above the crowd.

I mean, I loved the gamecube, but it just didn't stack up against the PS2 and Xbox. 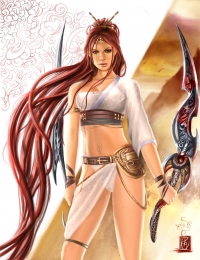 It didn't have enough good games.  Even some of the first part efforts (Sunshine, The dinosaur Star Fox game) were lackluster.  Nintendo has no margin for error, if it's first party fails to impress they are generally in trouble, I'd think.

P.S. And of course, arguably the best console ever made was kind of a big deal. lol

1. It sold like 2 million more units worldwide. 3 million at most.

2. It had Halo: Combat Evolved. Which ushered in dual analog FPS games. Kind of a big deal.

3. DVD players were very expensive in 2001. Not to mention, in order to play DVDs, you need the licensing rights from something called DVD Forum. And Nintendo didn't feel like spending the money. Besides, Nintendo put that money into a kickass processor and a powerful graphics card.

5. Yes, Halo was that good. But only for the previously mentioned reason. Not everyone had 500 dollars to spend on an Xbox and a GameCube.

No/minimal 3rd party support ultimately killed it IMO. Not everyone's a Mario/Zelda fan. I started with a ps2 and got an xbox down the road but never saw any reason to pick up a GC

Gamecube was aimed at children. Plus the software was fairly unspectacular and uninteresting. Most Nintendo fans got a GBA/DS with a PS2 instead. While you say Gamecube was the last true gaming system (I disagree), it certainly had the weakest catalogue of all of Nintendo's home consoles. Xbox was really popular on US due to Xbox Live.

PS2 ports granted it steady sales in the continent. Gamecube 1.5Gb discs killed many multiplatform games for it.