So I went to the Paris 3DS event today. (invite had a plus 1)

That was fun... no pictures alowed though.

First room had a bunch of walls with 3DSes behind glasses. They were showing all the Demos we've all seen already (but in 3D).

Second room had a about 100 3DSes  available for you to hold in your hands, with about 1 staff for 2 3DS. I'd say 1/3rd were playable demoes. Here are my thoughts:

A) The screen.... looks great. When you're in the right position, it feels like any other 3D. though you also do have some view spots at different angles, they are not as comfortable.

For all the reports on people feeling sick. I was overthere with my GF (invite for 2) who didn't feel like playing more than 3-4 games, so whe was watching for the others... well she felt a bit dissy and her eyes tiered. Though She's very prone to motion sickness and all. Her impression was that the 3D was much more comforatble in the N games, so i'm guessing this will have to do with the experience of the programers. Note that I played with 3D at max. When she tested games she didn't put it all the way.

B) The console itself. GET THE BLUE one! it's beautiful. The black one is just black but the blue... looks like a gem.

C) Controls... well my hands cramp on the DS and i'm gonna have the same problem on the 3DS. though the analog stick helps, Some games like kid Icarus use analog + stylus.... I need to have the console held by something else for that.... not the most comfortable pose and when the console moves cause you're uncomfortable and shifting positions... well your 3D viewpoint shifts and you get the screen diffraction. I'm guessing small hands will have no such problems (my hands ain't big though).

_ Paper mario (Video.... kind of underwelming, I would have thought the 3D would be wonderfull in that game... but it wasn't anything special.... the gameplay itself looks fun).

_ Pilotwings (Playable... I did some free run with the plane and the jetpack. That was fun going arround the island and the 3D effect was nice)

_ Zelda ( Playable... looks real nice, N64 graphics on a small screen have nothing to be shy about. The 3D works just great and should be usefull for the platforming parts. There are nice additions, like the aiming... you can use the console gyroscope for the slingshot and do as if you were really aiming... that's a neafty trick that feels great and is impressive. I've played the game to death in its original form, but if you haven't, this version is definitely a must buy).

_ Nintendogs & Cats (Playable.... I confess that I didn't bother, I only watched the videos. GF played it and said it was improved on the old one... though she didn't feel the 3D added anything.)

_ Kid Icarus ( Playable... the vid looked great, but the demo was awsome. The game has voice over and the demo version has a few little funn bits like "it's been a long time, over 23 years" and something along the lines of "it's too easy, well this is only a demo version". In any case, both the easy and hard demos have you do a flight sequence followed by some ground shooting (you can do close combat... but it's an automatic switch when ennemies are near) and a boss. it's basically a 2 stick controll with the second being the stylus. Much more practicall for aiming... but not for turning on the ground, it takes a bit getting used to it. However I had trouble holding the 3DS with one hand... just like I do with the Ds. 3D looked great as you'd expect from a game with enphasis on flying...I'm definitely getting this game!)

_ Animal Crossing (Video... looks like the other ones... but with a nice 3D effec)

_ Resident Evil (Video .... I think there was a playable version... in any case the video one was nice looking, we tested the 3D switch on it and the graphics look really improved when you turn it on)

_ Resident Evil Mercenaries ( Playable.... laser dot shooting... so yeah easy to aim in 3D, but not really impresed by the game itself).

_ Samurai Warriors ( Playable.... I'm a DW fan. So the usual fun game. Though you can use the touch screen minimap to switch between your 4 fighters! no more running to find ennemies, you always have a fight. The 3D looks nice and the game looks good. My only beef is that the ennemies were a bit low rez, as in didn't look very well detailed (I guess it's to have more on screen), overall that was fun (an apparently I was the first guy the lady saw do over 100 combo hits... so yay me... I guess)).

_ Street Fighter 4 ( Playable... really fluid and nice looking. I came home and played SF4 PC in 3D to compare. The Guy animation is just the same, only the characters have less polygons, which actually makes them sharper for the small screen, so a good thing. The game itself plays well, the cross worked well for the few combos I managed to pull off... but tye touchpad shortcuts were very tempting indeed... that's a nice addition. 3D effect looked great. Backside view is pretty useless though....well besides that you KO your opponent into the screen so that gives a nice slow motion :p).

_ Dead or Alive Dimentions (Video. Looked very fluid and nice 3D. Didn't spend much time on it, but I regret, I wanted to see samus and forgot :p)

_Holywood crime scenes (playable... GF tried it... she said it was soso)

_PES 2011 (Playable.... Barca vs Real... well I sucked, but the 3D effect is well used. You're basically in behind the player view, which shifts for the different actions like shooting the ball (that's when the 3D looks best)... I did find the camera angle a bit ackwards at times, but otherwise it was good fun with the 3D.)

_ Bustamove (Playable... not much of a point for 3D... you have a rotating earth well rendered in 3D in the background... yay).

_ RRR travel in time (Playable... game pretty much is a platformer with little interest. Death screen is nice though =) (rabit smashes into the screen) 3D isn't really of big interest here)

_ Monkey Ball (Video... Wish it was playable (hope I didn't miss it), it looked great and I can only imagine how fun it'll be with the gyroscope... there seems to be a mariokart minigame in it... )

_ Steel Diver (didn't pay much attention, but the lady holding one of the stands said she loved it...)

_ Augmented reality (Playable... 2 games, Shooting your own head.. snap a picture and then flying heads attack you, you turn the 3DS to shoot at them. Fun... but that's it.  The Card game is great though, you have a card on the table and when it's recognized, it launches a shooting game where you have to turn arround the card to dodge and shoot targets... pretty fun, I can see this having a lot of sucess, definitely a great use of the 3D scree here.).

_ Mii Creation (not a game but still demoed.... didn't recognize my beard :x... but did a pretty accurate face for my GF)

_Ridge Racer (Playable... only one unit so I didn't bother and just watched the vid.... looked good... I prefer Mario kart though :p)

My GF... augmented reality really impressed her. she liked the monkey ball and mario kart videos... says she'll turn off 3D for the regular games.

Back at home I had her try on my 3Dvision on Street fighter 4... she thought the 3D was much more bearable there and less sickening than when she watched over my shoulder over there. When she played she tuned down the 3DS 3D knob. I guess if you have low tolerance, you should really be carefull to play the 3D straight on and with a lower setting at firs (over the shoulder viewing has you in a position that is a bit off for the screen).

F) In conclusion, I'm definitely buying one first day (just ordered), and am getting a few games. The graphics are improved on the DS significantly and the 3D effect just adds an extra shine that non 3D games don't have. The top screen is great and very sharp, there's only one video where I had trouble being in a comfortable 3D viewing position (as in optimal), that was ridge racer... the N games felt like you had a wider area to set yourself and feel the 3D was perfect.

Just if you have motion sickness... or are discomfortable at the 3D movies... try it before you buy it for the 3D, my GF is sensible to these and complained a bit. I had no trouble, but am also not very sensible. 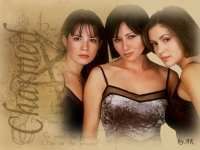 Thanks this was very informative :).

Get a third party grip when those become available. Those are very helpful.

You didn't pay much attention to Steel Diver!? Oh well it's only my most anticipated launch window game :P

About blue vs black 3DS, my concern is games like OoT with vibrant colours might clash with the blue colour, did you find that at all?

Think for yourself, question authority

Hmm I would love to go to events like this.

Oh man. You're getting me really excited!

Rumours suggest there'll be a 3DS preview/playable demos at Nintendo Experience at Melbournes EBGames in the next weekor so, IM DEFINITELY GOING NOW!!!

Yeah, something like that. I'm very sure there will be some for this.

That right there is the added problem. The 3D on 3DS is meant for the player. Someone looking over your shoulder would have the focus point off and easier to cause disorientation.