i aint been dissopointed with a Zelda game yet, even Windwaker was good, so i have faith in Skyword Sword

here is my problem i used to play counter strike on the pc so every time i pick up a console controller to play a FPS it ends up being slow and sluggish with the controls. even halo 1,2,3 was really sluggish with me when i tried them. so ive decided if i ever try a FPS im gonna do it on the pc. and about your coment earlier about having a good single player would help out alot no matter what. i think that isnt true. how else would halo 2 have became so big if it wasnt for the multiplayer cause from what ive heard is that halo 2's single player really is horrible and short.


dick cheney loves me, he wants to take me hunting

Hoping the control is good, but I did find Phantom Hourglass really annoying, namely the temple. Still haven't beaten the game because of that.

This really boxed in the appeal.

I still bring up Goldeney, because despite the neglected Wii FPS audience, this is how you do it right.

And here I thought my last post would end this thread, because a title like Enslaved is the perfect example of the same thing happening on the HD consoles, just on a much bigger scale. Beyond that, I made several other good points that got flat out ignored.

But I suppose that had to be done to keep the thread going. Red Steel 2 probably really is that great of a game and Wii owners really are that ungrateful. 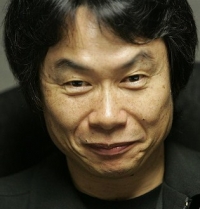 I can't completely disagree.  Its certainly tough to pick up and play after a few months of forgetting all the specials.

I don't think I had any trouble with the blocking though, that worked well for me.   And I don't think I ever got sore either but I tend to play games in short sessions, an hour or so at the most these days.

There is more than one level of difficulty with RS2, so not sure I understand the complaints.  Maybe you should of went to easy if things were too comlex.

Halo 2's single player is about as long as RS2, but it's all about the multiplayer.  The problem is RS 2 doesn't have the multiplayer to fall back on.  It really should of been about twice as long.

@scorptile  Medal of Honor Frontline and Bioshock says hello, those games sold millions with just single player, how do you explain that???

@Lordtheknight  GE is great, best FPS on WIi not called COD: BOs, but to play devils advocate that game came too late and its just one of the good Wii FPSs. A game like that should have been a launch game or at least released no later than 08 when it could have established a fanbase. IMHO i dont think the Wii will get a "perfect" FPS but GE comes damn close.

@rolstoppable just because people dont agree with your thoughts doesnt mean it was ignored, but if thats how you feel then, thats that.  As for Enslaved, it didnt get that much advertising itself. and it came out with ass loads of competition.

You've made it pretty clear over the course this thread that a certain explanation is invalid: That the game itself is to blame. Everytime that one is brought up you proceed to shrug it off by saying that quality is subjective. You don't want to accept that Red Steel 2 is a repetitive game and a waste of pretty much everybody's time, so you continue to push towards a conclusion that puts anything but the game at fault.

Then it's said that Wii fans start to talk down core games as soon as they don't light the charts on fire, but the opposite has actually much more truth to it. Detractors pretend that the game in question somehow is a real gem. Deadly Creatures and MadWorld are two other good examples of this. They have the same problems as Red Steel 2 (short, repetitive, no replay value), but are portrayed as games that are must haves. That's just laughable.

@Rol  Again you put words in my mouth, show me where I said that it WASNT the games fault, all you did was bring up Enslaved and all i said was that that game had little advertisement as well, at least about as much as RS2, advertisement has nothing to do with the quality of the game.  I never said RS2 wasnt repetitive, show me where I disagreed with that point at any time.  I think that its a good game that deserves better sales, and if you wasnt just cherry picking posts that agree with you, you would see that there are actually other posters who like the game, so dont act like your opinion is "fact" and anyone is disagrees is wrong.