Sony Going For the Core with Motion Games

from a Core gamer perspective I love this because it means tons of awesome stuff for me to play, can't wait to try it with Killzone 3 and Sorcery.

But in terms of sales I think its the worst possible strategy. that why i mentioned in my previous post about higher number of titles--it's a possible one.

yeah but I've played and own both and to me I don't see the Move having more games.  At all.  Why would developers go out and make more games on the HD motion controller thats being outsold like 5:1?

Kinect managed to hit both hardcore gamers and casuals.  The core not so much for the games currently available but the potential thats there and the cool stuff like menu navigation with no controller, while the casuals get great gaming experiences and its easy to jump in and play for older audiences and those not currently familiar with how to play games.  The move still has tons of buttons to figure out and really no software thats appealing to anyone outside of the hardcore fans.  Though Move is awesome, and arugably the better of the two when looking at precise control for core games it fails to really attract anyone new.

But this isn't a Kinect vs move thread so I'll stop going off topic now sorry. 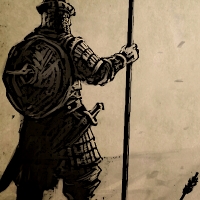 Well, there's killzone 3 and littlebigplanet 2, these are big names, especially killzone 3 with its sharp shooter attachment, along with Socom 4, will definitely have to sell a lot of moves.

Personally I feel the best PS move games are all on the PSN, under siege and echochrome 2 look amazing, I almost bought a move for them.

, but they were given a choice, and they declined. So its up to the developers completely to either use the move or not. I personally wish Dragon Age 2 had move controls, it would have worked out so well.

But if you are talking about move only games, then it will be pretty difficult, you just have to look at the wii, how many motion controlled games are renowned for their motion control's awesomeness? Forcing people to buy move for a game that would be enjoyable equally with a DS 3 would be dumb.

That's pretty much why I haven't bought the Move yet : if it's about games I can already perfectly play with the pad (like FPS), I don't see the point.

I get Kinect to play games that are different, and I would rather see Sony follow that path (casual or core, I don't care).

Sony's approach is nice, but what move needs is more move only titles, not just move compatible. I know 2011 is already packed, but making a giant move push on both fronts would be better.

@Gojimaster  well there is Heavy Rain and RE 5 which were patched to use Move, and they are higly rated games. so to say Move has no good games is not really accurate. Echochrome 2 is good, beat sketchers from what I hear is really popular in Japan. Now Move ONLY games thats another story. I dont really think we'll be seeing too much of those at retail, mostly will be on the PSN and I think thats a good thing. They could avoid the shovelware stigma that the Wii has. THere wont be 3 different ICarly games on the shelves in stores. Whats with the gigantic type are you suggesting that some o the forums users are to  old or something?

They have no choice, their console is very casual unfriendly, and the casual stuff they have come up with has absoloutely bombed, wheras Microsoft's have flourished. So picking core games wasn't some love letter to it's userbase.

You better believe if they could be in Microsofts position right now with Kinect, and it's casual games, and all the money piling in, they'd switch in a second.