I'm going to use okr's method of display.

50. Destruction Derby - PS1  - U can crash/destruct every car! some games of this gen are still short of that feature ;)

49. NBA Live 95 - SNES - Pure nostalgia,if i recall correctly the first game in the series. This game gave me so much fun i kept playing it regulary for approx 3 years.

48. Tetris - GB - anybody who needs a description or even worse hasnt played it yet (or one of the remakes) should leave this site immediately and never come back.

47. Silent Hill 2 - PS2 - After playing Resident Evil i was looking for a even more shocking, horrifying game. Well, add a depressing atmosphere, delusional characters and a breeze of shizophrenia to the mix und you get Silent Hill 2.

46. Twisted Metal -PS2- After crashing cars with Destruction Derby, i suddenly could shoot at them? and play as a Clown? at the same time? pure awesomeness!

38. Prince of Persia: Warrior Within (PC)

Half-Life 2 (X360): Two words : Gravity Gun. I would have put this game higher, but when a robot dog is a much more interesting character that the hero, there is a problem.

Call of Duty 4: Modern Warfare (X360): Maybe the most important FPS of this generation of console.

FIFA 10 (X360): I have played soccer games since Kick Off, and no one had given me so much pleasure that this game.

F-Zero (SNin): At this time, Mode 7 was the most amazing thing ever, and F-Zero a mind-blowing racer.

Splinter Cell (Xbox): Hiding in the shadows for the first time as Sam Fisher was a blast.

Virtua Tennis 2 (Dreamcast): The only drawback of this awesome sports game ? No Sampras and no Agassi.

Super Street Fighter 2 (SNin): The definitive version of the godfather of the fighting games.

Ninja Gaiden 2 (X360): There Will Be (a lot of) Blood. Fantastic gameplay, but the level design was poor, and the graphics not very impressive.

Quake 3 Arena (PC): A FPS on steroids, incredible fast and very skillful. And there is a little mod called Rocket Arena.

Red Dead Redemption (X360): John Marston is one of the greatest character in video game history.

Street Fighter IV (X360): Return of the king, in a blistering way.

Marvel vs Capcom 2 (Dreamcast): An incredible 3-on-3 fighting extravaganza game.

Tony Hawk's Pro Skater 4 (Xbox): The best of the serie, with the best gameplay, and with my favorite music intro in a video game : TNT from AC/DC.

Super Mario Galaxy (Wii): I was thinking after the very disappointing Mario Sunshine that Nintendo had lost their magic with Mario games. Oh boy, i was wrong.

Dead Or Alive 3 (Xbox): I love the DOA gameplay, and this one was absolutely visually breathtaking.

SoulCalibur (Dreamcast): Incredible gameplay, and at the time, an incredibly gorgeous game. At last, an old gamer dream was fulfilled: arcade at home (without paying 200$ Neo Geo game).

Super Mario World (Snin): Mario with a yellow cape, riding a green dinosaur?!!! No really, what can be cooler?

Ninja Gaiden (Xbox): A dream comes true: an action adventure game with a fight gameplay as good as SoulCalibur's.

Super Mario Kart (Snin): For me, there is only one Mario Kart game on home console, and it is the first one.

Halo (Xbox): The first and the best.

The Legend of Zelda: A Link to the Past (Snin): A game in which we can throw chicken can only be a great game.

Mass Effect (X360):  You have to save the galaxy. A pretty easy job for Shepard.

The Legend of Zelda: Ocarina of Time (N64): When others save the galaxy, other only save the same girl over and over again.

Mass Effect 2 (X360): If you have a problem (and i mean big problem, not problems like saving the same girl for the gazillion times), if no one else can help, and if you can find them, maybe you can hire... The Shepard's Crew.

Shenmue 2 (Dreamcast): The game starts slowly, to reach then incredible height. This game is also related to my biggest disappointment in gaming: no Shenmue 3. :(

Top 50 Favorite Games of All Time

#30. The Legend of Zelda: Phantom Hourglass The purpose of this list is to express my very own experience. There is no tacit will of making this empiric list into a universal one. I haven't played tons of games out there. Even worse: I haven't play a single game of many sistems out there. Therefore, there's no way I could make a top 50 representative enough to express: (1) quality from an objective perspective (2) quality from a universal intersubjective pespective.

As  a comsequence, I will just make a huge effort to express which is the top 50 gaming experiences I had, taking in consideration the fun I had while playing them and the love and cherish with which  I still embrace them in my gamer loving heart.

Who could ever say that behind such a simple concept could we find so much fun! It is one of the little games I could share with lots of relatives and friends who are not fond of vg and helped me explain why I love them so much.

My favourite Sonic platformer ever. It was an outstanding and frenetic game that forced me, a radical Nintendo  fanboy at the time, to recognize that Sonic could be damn sexy. Sorry Mario.

The game that got me into gaming. Wow, it was so addictive. I am not a retro gamer of sorts, I couldn't quite enjoy it today, but at that time it blew my mind away. Thanks Dig Dug!! 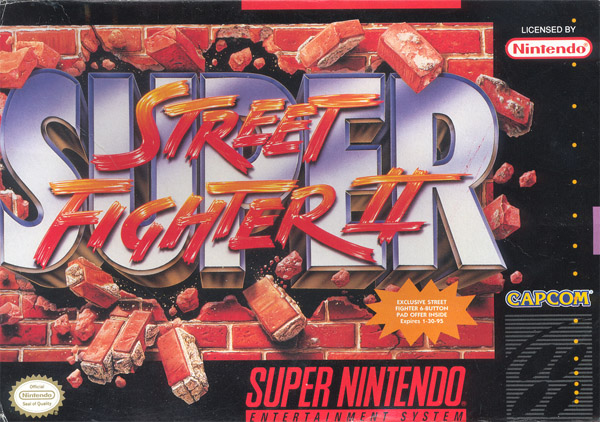 The first fighting game I relatively dominated. I was never really good at the genre but that didn't stop me at all from enjoying it. Super Street Fighter for the SNES kept me trying to improve so I could kick my friends asses!!

Out of the box thinking is something that you don't see every day. Non in games nor in any other form of entertainment. When it happens, I just value it because of the effort involved, because of the courage it takes, regardless if the product was good or not. But when it also delivers huge tons of fun, you can hardly ask for more. Blast Corps was a game that intriguided me before its release and that surprised me when I couldn't put it down. Awesome game!

The first game I ever beated. Or at least that I was concious about it. I may have finished Super Mario Bros first.. Oh yeah, when you ended up that one you had to start all over again, which I never did. Any way, Contra... Multiplayer mayhem. Macho alien killing. Me and my brother. Good times.

March 2010 - I hadn't played a regular Final Fantasy since IX. I had missed the whole PS2 generation and I didn't really regret eventhough Final Fantasy VII and VIII were two of my stronger gaming experiences. I read all the critics, the many harsh ones, the few enthusiastic ones. I knew about the missing towns, how repetitive and linear it was... "I better stick waiting for Tales of Graces and Xenoblade" I thought and bought GoW III.  Well, I don't intend to say I should have done the other way around, cause I eventually bought XIII and learnt that, regardless the reviews, regardless the polemic inclusions and exclusions, regardless of if it was too linear or not, regardless of it all, I had one of the best gaming experiences of the year with it. My expectations were low, really low. I didn't expect anything out of it. And that might have been what allowed me to be awed and entertained, what allowed me to have fun and to love those characters too: enjoying what you are being offered instead of spoiling it because you were too busy  bitching for not being given what you wanted to.

It became an obsession just as soon as I first played it till long before I finished it. Its animations were top notch at the time and it looked as a very mature game. I have the fondest memories of it. Platforming and puzzle at its best.

This game is so flawed!! Its sandbox elements suck. It is short and if you get the good ending in your first playthrough, as I did, there's no real need to replay it. In my first 15 minutes, I didn't like its graphics, the retro atmosphere took me by surprise and I just didn't like it neither, its combat system seemed way oversimplistic. And there you go. It made it to my top 50. Why is that? Because, after those initial bitterweet 15 minutes and only for a few but very rewarding hours,  it took me on a time travel to my childhood, it made me laugh my ass out and I never quitted to feel excited to find out what crazy bastard was next in line. Hilarious crazy fun!

This was my first Guitar Hero experience. And you could argue that others have got better line ups or the download capability. Rock Band is also out there with all those other instruments, even though later Guitar Hero iterations copycat them. The thing was the magic lamp that GHIII allowed me to accomplish a lifetime dream: play guitar and rock! With the other games I just felt I was playing a game, good but nevertheless, there was no new experience, just new songs to memorize. And none other kept me for more than 100 hours playing alone to improve my skill or partying with friends and brothers. Utopian books as Brave New World and 1984, so political in their contents, always capture my heart, mind and soul. Bioethic topics and genetic manipulation both amaze and frighten me, just as the nuclear bombs did decades ago to generations of peope. So its no wonder that Bioshock makes it to my list considering that takes many of this elements and masterfuly relates a story and manages to provide a different and joyful FPS experience at the same time. Little games out there are so immersive, make you think about ethics and politics and let you enjoy through the ruins of a utopian experiment gone wrong. 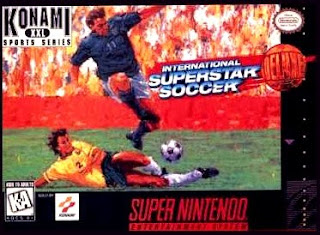 DAMMIT MAN! I WAS JUST ABOUT TO START THIS THREAD UNDER THE TITLE *The Greatest Of All Time-Conegamer's VideoGames awards* (If you see this thread then please ignore it or delete it :( )

Once again, DAMN YOU!