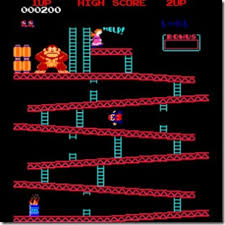 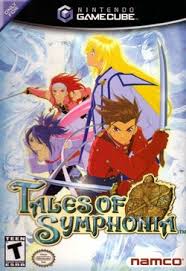 Okay list time. I don't have much time these days, with girls and finals and music so. I lost my good list so I'll work and change my current list. To keep this topic less cluttered I'll post my reasons in the discussion.
Also this list isn't just technical quality. I am not separating Nostalgia here. And I had limited of games when I was a childhood and played them to death. Thus resulting them in maybe being higher or Lower than they should be. Is their a limit per series? 48. Mario and Luigi partners in time Count me in :D

Maybe the first title that really showed the power of next gen consoles. PS3 launch line up really looked graphically rather poor compared to this beast. Gameplay was also great fun and campaign was blast with co-op. Too bad that story was pretty non exixtant.

Great strategy game. Beatifull graphics at the time it was launched and was very balanced. Expansion packs added a lot more races to play with.

This had great and realistic gameplay and great depth. Graphics were also great considering the time it was released. Too bad that nowadays Colin Mcrae Rally (In america simply Dirt...) is only arcade racer....

Best graphics for console game when it launched (After that GoWIII has surpassed it imo). Was fun to play and plot was actually pretty interesting. Not interested in multiplayer though. 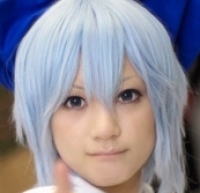 46. Professor Layton and the Curious Village

1. The Legend of Zelda: Ocarina of Time

50. WarCraft 2: Tides of Darkness / Beyond The Dark Portal!

The original Platformer goes 3D... And nails it!

A new and promising direction for the series. What came next, made me cry.

I spent so many hours on this game. Loved it!

Best Sports game EVER! You can literally punch peoples heads off. Wins every time!

You can blow up pretty much everything. SO awesome! Making your own caves to hide and and be bitchy!

Not my favorite Final Fantasy, but still... One of the best!

First game I got Super Sonic. I came. Play it!

One of the most difficult games... Ever. But also one of the best! GIMME DS2 ASAP!

Easily, by far and away one of the best side-scrolling games ever!

Spent so much time on this game. Making castle fortress island thingys FTW <3 Amazing music too!

My first ever FPS, and I couldn't get enough of it.

Amazing game, first time I played it though I sucked ass at it :(

30. The Legend of Zelda: The Wind Waker

Now. I love Zelda, and I LOVE this game. Amazing and different art style, probably the best looking game of last generation!

29. Shadow of the Colossus

This is the pinnacle of Sandbox... In scale. There is simply SO much to do. The world is huge, the characters are crazy, the only problem was I didn't really like the story. That is why this isn't the highest GTA on my list.

I've put SO many hours into this game. It has perfect balance, and I absolutely love it.

I love Halo. This is by far the best Halo game ever released... That is probably until the Combat Evolved Remake releases! Still though, the only problem was the Online. It was so different to Halo 3. The campaign mode was amazing.

The best 2D Zelda game. Better than all but one Zelda game. And the 25th greatest game of all time. Not played it for a long while, but I intend on going back to it fairly soon!

24. World of WarCraft: The Burning Crusade/ Wrath of the Lich King/ Cataclysm

Yeah. I'm geeky as fuck. Blow me. I don't care! I've not played Cataclysm yet, but the game is damn well addicting and I LOVE it!!!

Absolutely LOVE this game! Banjo the Bear and Kazooie the birdy thing go on a huge adventure against the Wicked Witch Gruntilda to rescue Banjo's sister. How is that NOT awesome!? Some of the most memorable levels and awesome humor... Please, Rare. PLEASE give me a GOOD next gen Banjo!